“An easy run through an environmentally robust open space. ”

This area is generally closed for wildlife until July 1st, but the closure can last longer.

This is a great run for people staying at Jackson Lake Lodge or in the Colter Bay area. I would recommend doing this on a cooler day as the route heads through open meadows, and doesn't provide much in the way of shade. Additionally, this route is ideal for a Spring or Fall run as the snow melts early in the season, and stays away later.

Even though this route is almost entirely on doubletrack, it is still quite a pleasant run, especially for folks who get nervous on some of the more remote trails in the park.

Generally completed as an out-and-back, this run could also be shuttled easily.

The first mile of the route heads through a marsh, which proves to be an incredibly ecologically diverse area. The chances of seeing some wildlife here are quite high. Continue onwards, passing by two beaver ponds and over Spring Creek on a small footbridge. From here you'll get a great view of the Teton Range as it towers over Jackson Lake.

After crossing the marsh, pass over Pilgrim Creek on a large concrete bridge and approach the first trail junction. At the junction Willow Flats meets Second Creek Trail and you'll enter a forested area mainly comprised of cottonwoods. Take a right at this junction to stay on Willow Flats Trail.

After the junction, the forest becomes more populated with conifers, and the trail beckons you to continue further, enjoying the cool views along the way. After the second intersection with Second Creek Trail, continue on for ~1 mile and you'll eventually reach the corral.

Once the main route for accessing Jackson Hole, this road was turned into a trail after the construction of US 89 (hence the out-of-place concrete bridge). 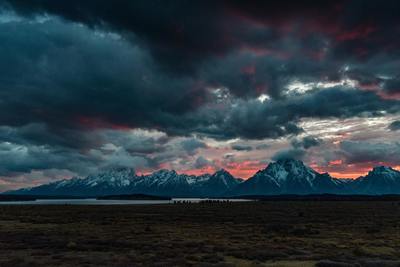 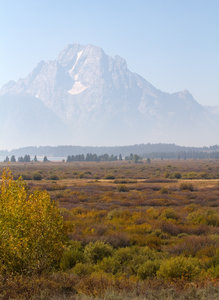 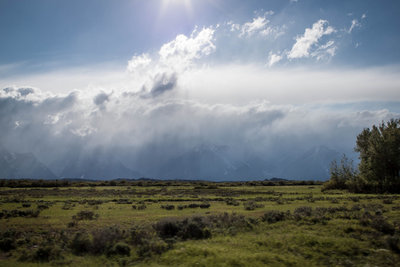 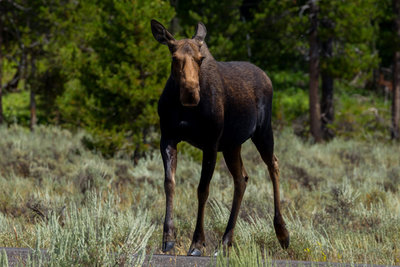