“This is a solitary, peaceful route where you can really become one with the wilderness. ”

Can be very muddy and has numerous stream crossings.

This underrated trail is 24 miles long, so most folks either do an overnight on their way to the High Divide area or just turn back at some point to make a pleasant day trip. From the parking area, the first bit is downhill followed shortly by a crossing on a log bridge for Morganroth Creek. Travel through dense forests of moss-draped trees, with lichen mushrooms and ferns. The trail is easy and wide at first, but eventually narrows and runs along the north side Bogachiel River, alternately approaching it and then veering away. You'll see bogs and gravel bars from the various river access points.

The trees get bigger with more old-growth the further you travel. There is a rope to scramble over a washout, then some travel on a skinny bluff that may make those with a fear of heights nervous. Although the grade on the first half of the trail is not difficult, for most users, the weather and trail surface conditions provide the most challenge. There can be downed trees, voracious mosquitoes, deep stream crossings and muddy muck. Or you can have dry sunny weather!

The running becomes much steeper and you begin to ascend in earnest. Pass Hyak camp and contour around the very base of Misery Peak. Continue to ascend towards the headwaters of the North Fork of Bogachiel River and climb to the ridge via a series of switchbacks. Follow the ridgeline past the intersection with Slide Peak Route #1, to where the Bogachiel River Trail terminates at the junction with Little Divide Trail and the Mink Lake Trail. 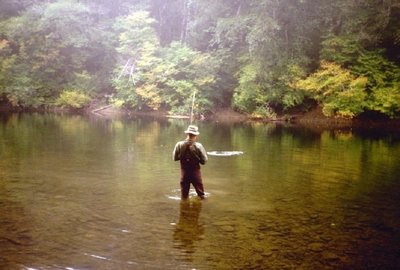 Hoh Rain Forest Out and Back