“A favorite loop in the Springs area. ”

The Section 16/Palmer Loop is a great 5.5 mile loop, easily accessible to both Colorado Springs and Manitou Springs. It offers the opportunity to connect with many other trails to make this part of as long of a run as you want.

The first mile is very exposed and can be brutal in the summer as the heat radiates off of the red rock. After the first mile the trail mainly goes through ponderosa forest.

This is a VERY popular trail. Expect lots of people if you hit this after work or during summer weekends.

This all begins and ends at the Section 16 trailhead, to be found on Gold Camp Rd.

The Section 16/!Palmer Trail begins with a gentle incline that winds its way up through red rock and scrub oak, affording some great views of Garden of the Gods and Red Rock open space.

There are a couple of unmarked trails that lead off to the right heading to Red Rock Open Space. Stay on the trail that leads uphill and generally looks more used.

After about 0.75 miles, the trail intersects with the Intemann Trail, which heads towards connections to Red Rock Canyon and ultimately leads into Manitou Springs, where it can be used to get to the Manitou Incline and Barr Trail. For this route you'll continue straight and shortly after the Intemann connector, the trail climbs into the trees. In the summer, this is a relief. In the winter, expect to start hitting snow and ice.

The incline picks up at this point. The trail is well marked in the forest and wherever there might be confusion, there is a marker pointing in the right direction. They will be marked, Section 16/Palmer Trail (Ring the Peak Trail).

Just over 1.5 miles from the TH, the ridge is reached opening spectacular views to the South. I am always startled when standing at this point, where I see nothing but mountains and trees, that I am standing on city property.

The trail continues to the right (west) where it flattens out. There is some up and down but it tends to be fairly mild. Eventually, the trail begins a sustained drop that is less steep than the climb and a blast to allow gravity to do its work.

After about three miles the trail reaches the valley and you continue around to the left towards High Drive, which can be seen when higher up on the trail.

Head down High Drive until you hit pavement. Gold Camp rd and the TH will be a couple hundred feet up and to the left on the left-most of the three roads. 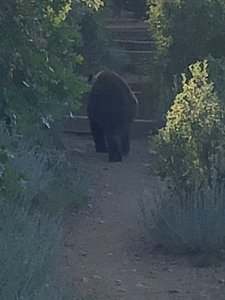 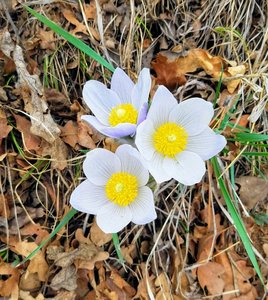 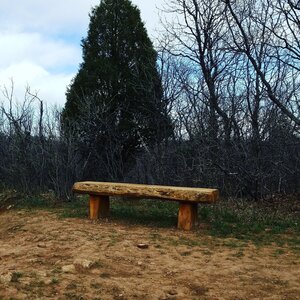 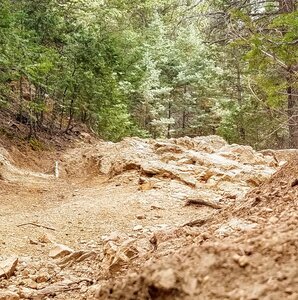 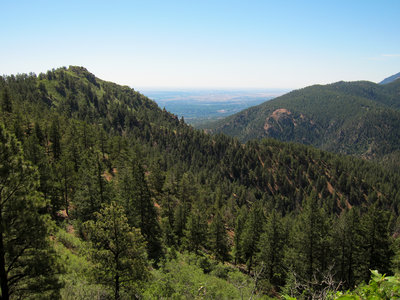 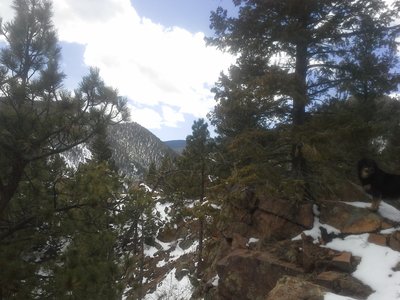