“A point to point over the Teton Range. Prepare for your mind to be blown. ” This point to point combines several classic Teton trails, delivering full value in less than 20 miles. Our group did this run light and fast style in a total time of 7.5 hours. Most of the time, we were running briskly but spent nearly an hour taking breaks / soaking in the scenery.

Trail is maintained in outstanding shape the entire way, even over the rocky Static Peak Divide & Buck Mountain Pass. Be prepared for alpine exposure to weather & expect that snow may treacherously cover the trail into mid-Summer, particularly in a few spots where sliding off the trail is not an option. Call the GTNP Ranger Station for updates on trail conditions. 307-739-3343

If you're lucky enough to get dropped off at Death Canyon TH, start from there. Otherwise you may have to shuttle cars...

From Death Canyon TH, head west on Death Canyon Trail & Valley Trail. After about a mile of mellow climbing, you'll come to Phelps Lake Overlook. Look west into the splendid & Intimidating Death Canyon - you'll be cruising between the huge cliffs that mark the lower reaches of the massive Prospector's Mountain (11,241') on the south & Albright Peak (10,552') on the north.

From the overlook, you descend nearly to the lake, continuing west into Death Canyon. At the mouth of the canyon, slow down the pace through a 'rain forest' of dense foliage that is known to host high volume of wildlife, including moose, grizzly & black bears. When we mapped this route, we saw three black bears just off the trail. We've previously had spicy moose encounters in this zone as well.

Ascend through Death Canyon - after another two miles, you'll come upon the 'Death Canyon Barn (ranger cabin) on the left. Here, you turn right toward Static Peak Divide & the route's climb begins in earnest.

After interminable, but gorgeous switchbacks, you'll be high above Death Canyon, arriving on a saddle just northwest of Albright Peak with the valley below your feet to the east. Look far to the south & you'll even see Rendezvous Mountain / Jackson Hole Tram.

Keep climbing to the north on rocky, stunning trail until you get to Static Peak Divide, the route's 10,800' high point at the 7.7-mile mark. Bonus - turn right off the trail to tag Static Peak summit (11,302).

The fun is just beginning. From here you'll contour northwest on Buck Mountain Pass with that namesake monarch looming above you. Then, it's across the boundary of GTNP into Jedediah Smith Wilderness. Framed beneath you is Alaska Basin & Teton Canyon.

Note that many variations exist within Alaska Basin. You can head up toward Hurricane Pass to the north or Death Canyon Shelf to the south. This route describes a straight shot through the heart of Alaska Basin via Trail 027, which you'll follow the rest of the way. 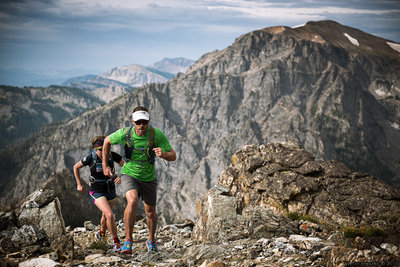 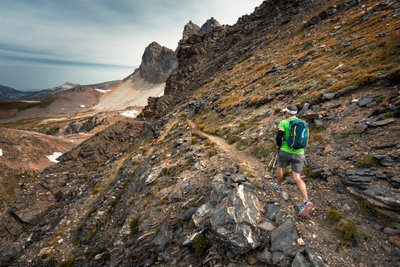 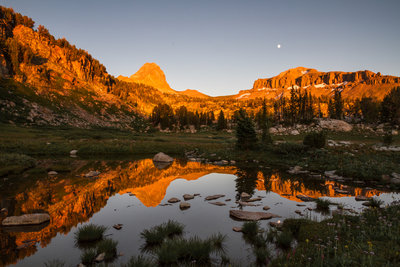 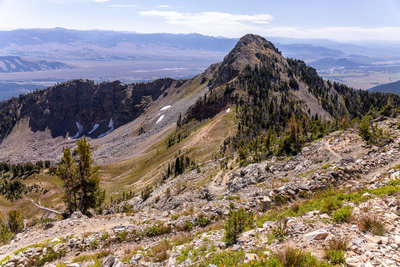 All Clear 91 days ago See History