As Cimarron residential development continues, the western portion of this trail will likely be pushed further into park lands.

The starting point of Creosote can be difficult to locate, due to bulldozing and housing development near the Lost Dog trails. As of the time of this description in mid-2015, from Northern Pass Drive, climb the short dirt berm just west of the neighborhood on the northern side of the street. The trail will be indistinct, so GPS can be helpful in locating where the path begins to become more clearly defined. This initial portion, stretching a little over a half mile, is flat and relatively easy.

Once Creosote crosses Lost Dog Trail, it will climb a hill and parallel Lechugilla Trail, sometimes visible to the south for the remainder. Some sections have been eroded by storms, so use caution. As this is a rarely-used trail segment, it is less of a maintenance priority and requires more eyes-down time to avoid the numerous rocks and plants which have grown up on the path. 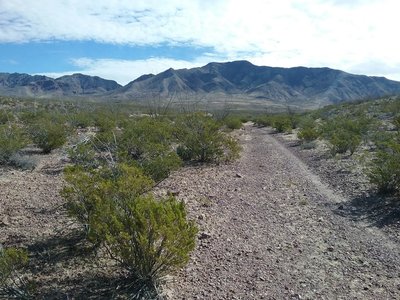 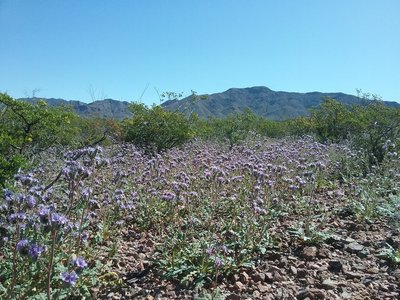 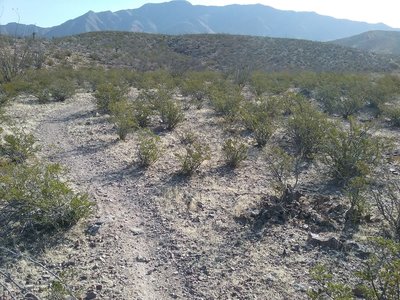 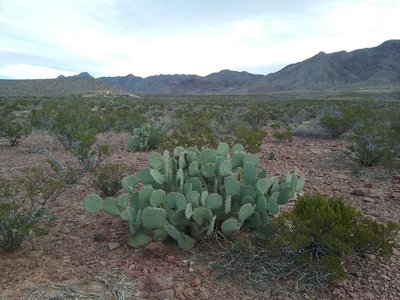 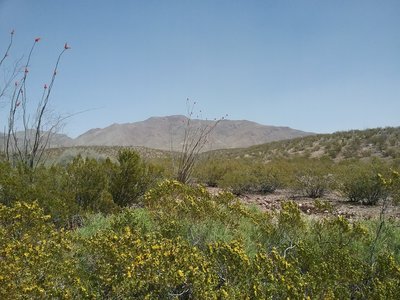 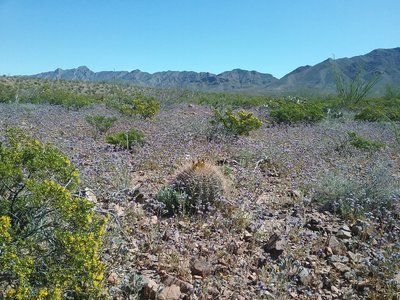