“A quiet trail in the woods; a popular wildflower hike in the spring. ”

Closed when the Little River Road is closed from the Townsend Y to Sugarlands Visitor Center. For park road conditions, information can be found at twitter.com/smokiesroadsnps or by calling (865) 436-1200 and dialing extension 2, 2.

Plenty of roots on this trail that can be bad for ankles and knees.

From the Sugarlands Visitor Center near Gatlinburg, drive 4.9 miles west along the Little River Road to the turnoff for the Elkmont Campground. Turn left into Elkmont, and go 1.4 miles to the campground, turning left and driving another 0.6 miles to the parking area for the Cucumber Gap Loop.

The turnoff for the Elkmont Campground will be 12.6 miles away from the Townsend Y on the Little River Road.

This trail highlights the history and wildness of the Great Smoky Mountains. At the trailhead, you'll see a lot of dilapidated houses, that were used as summer homes for families from Knoxville. Most of the cottages were build by the early 1920s, before the land became part of Great Smoky Mountains National Park. As part of the agreement for the land to become part of the national park, families were offered long term leases, the last ones expiring in 2001. Some of the homes are being repaired, but most are off limits to the public due to structural problems. It's a fascinating look at what the area looked like before it became a national park.

You'll be working your way along the trail, under a diverse hardwood forest or rhododendron, laurel, and magnolia trees. There are plenty of roots and rocks on the trail, so be careful where you step. As you ascend to Cucumber Gap, you'll pass Tulip Branch as you duck under and head past Fraser magnolias, often referred to as cucumber trees.

While most views of the mountains are obstructed by the trees, this trail is very popular in the spring as a wildflower trail. During other parts of the year, you can enjoy the trail and only see one or two other people, having the woods to yourself and the wildlife.

Deer, turkeys, rabbits, squirrels, and a wide assortment of wildflowers in the spring. Bears have been seen in the area. 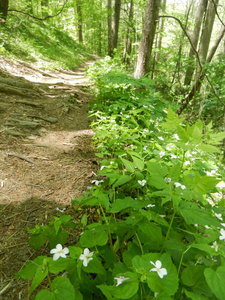 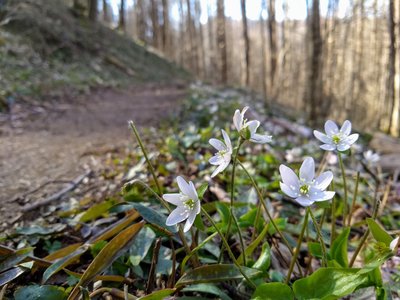 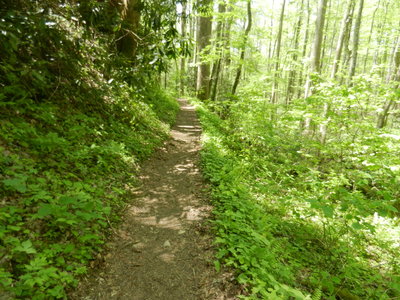 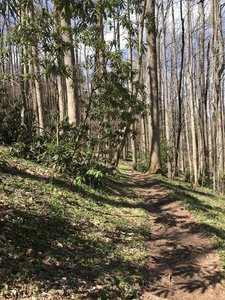 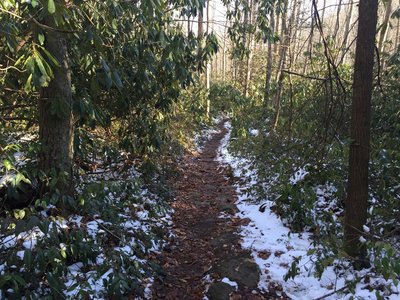 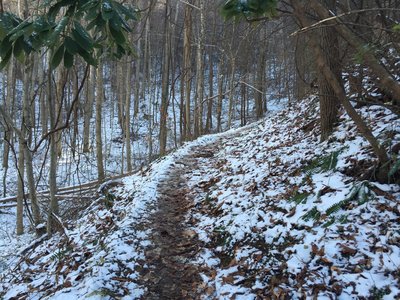