“A gradual run to the tallest single drop waterfall in the Smokey Mountains. ”

Named after the rainbow formed in the mist of the waterfall during sunny days, Rainbow Falls boasts the tallest single drop waterfall in the Smoky Mountains. The run to the waterfall is approximately 2.7 miles.

Rocky at the beginning, but becomes more packed down after about 1.7 miles. Gradual elevation gain until the waterfalls. Parts of the trail may get muddy or icy depending on weather and temperature.

The trail to the falls is a relatively easy, gradual run with a wide path to run through. After the falls, the trail becomes more difficult and will require much more effort to get to LeConte which gives it the higher difficulty rating. Proper footwear is highly recommended as the beginning can be fairly rocky, and continuing on the trail beyond the falls will require adequate clothing during colder periods. Running in the winter can also create ice formations on the trail so consider traction devices.

The trail is a steady climb, passing through a boulder field in the beginning, then continuing on to a fairly wide, packed down path with minimal rocks. The trail has switchbacks on steeper parts of the mountain leading up to the falls making it relatively easy to run up. You'll cross two footbridges on your way to the falls, one about one mile from the waterfall and another just before the falls.

The falls are best viewed after periods of rain. Cold temperatures also provide visitors with beautiful ice formations around the waterfall.

It is important to note that visitors should avoid approaching the waterfall on the boulders as they may become slippery.

From the falls you may continue on the trail for 4.2 miles to LeConte. Here the trail becomes narrower and steeper, before becoming more moderate again. As you head up higher in elevation, you'll also notice a change in flora, with greater populations in balsam and spruce among other trees. Temperature changes can also be significant and runners will find themselves feeling colder especially during periods of rain.

Balsam and spruce as well as wildflowers present on the trail. One may or may not also encounter black bears. 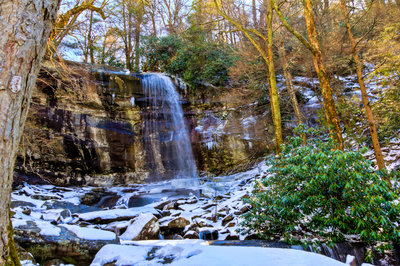 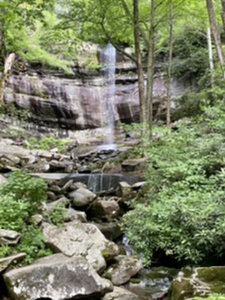 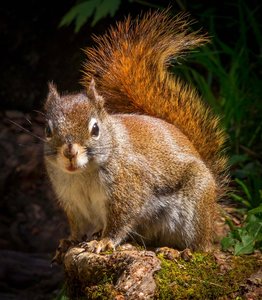 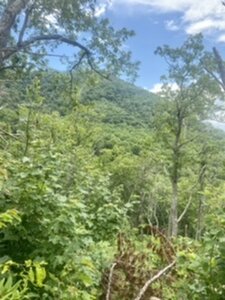 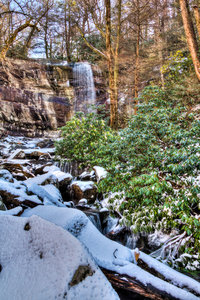 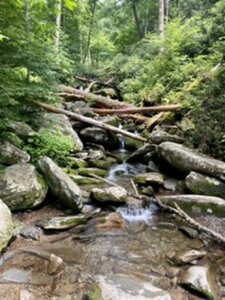 All Clear 10 days ago See History

Charlies Bunion Out and Back