“A scenic trail past an old homestead that houses a controversial piece of Smoky Mountain history. ”

The Noah “Bud” Ogle place, known popularly as Jungle, is a homestead now preserved by the Park Service as an example of the log cabin structures that the Smokies were known for. On the site is a large “saddlebag” type cabin consisting of two halves built around a central chimney. The right half was built shortly after Ogle and his wife Cindy moved to Jungle in 1879. The left half was added as more space was needed for their expanding family. Both “halves” have front and back doors, and porches extend along the full length of the front and back of the cabin. Through a flume built of wood, water from a nearby spring was delivered to a rough wooden trough next to the house.

Above the cabin is a four-crib log barn with lofts and a high frame roof. The lower part of the barn is constructed of large poplar logs that are, like many pioneer structures in the Smokies, joined at the corners with dove-tailed notching.

In the 1920s when the Tennessee Park Commission was acquiring land for the newly proposed national park, the 660-acre Jungle tract was one parcel that went to a “jury of view” of four persons who valued the land about $140,000 less than its owner demanded. When this decision was appealed, a full jury reduced the legal value another $15,000. The owner received about $26 per acre for the land, hardly enough to cover the cost of the lawyers who represented him. Jungle, like much of the land in the Smokies, essentially was stolen. It was the contention of many landowners in the Smokies that the Park Commission, through legal manipulation, had acquired their land for scandalous prices. As a result, there was considerable enmity between many of the local residents and the Park Commission. 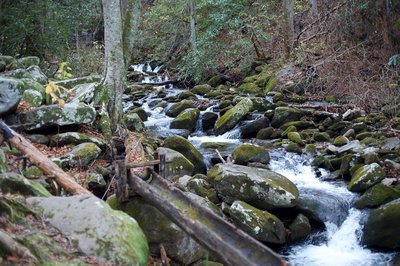 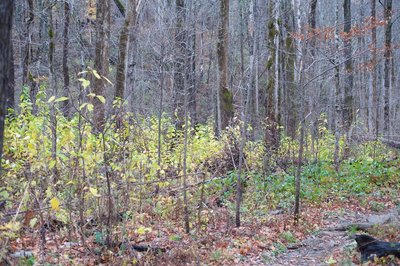