“A wide thoroughfare with singletrack side trails branching off on either side. ”

El Paso is in the desert, so be wise about the climate. Summers are regularly in the 90's or above; winters will drop to the 30's and 40's. Lightning storms are frequent in the late afternoons during the warmer months. Winds are frequent and gusts over 50 mph are not unusual. Dust storms, strongest in the late spring, can be hazardous and reduce visibility to less than a quarter mile. Check the weather before you go, and let someone know where you will be.

Mountain biking is popular in the Lost Dog area, and while runners have the right of way over cyclists, it's often the safer option to step or run to the side to allow them to pass. Sometimes you'll get thanked, but usually not - but better to be a good user of the trail than to end up in a cactus or tangled in some guy's derailleur.

One of the five Lost Dog trails running from the western neighborhoods to the central trail area, Dead Valentine's on its own is generally unremarkable. Thankfully, singletrack segments to the north and south sides offer a more interesting run along the same route.

Beginning at the intersection with Lechugilla Trail and Brujos and marked with a rock cairn, the trail beats a path to the southwest. It is mostly doubletrack, often scattered with rocks but rarely difficult to navigate. Little changes until it nears its end by the corner of the Del Sol neighborhood, where the trail turns sharply to the east and descends to an arroyo, meeting Del Sol Valley.

Dead Valentine's segments are a better option for runners choosing to head in this direction. The northern segment splits off right as the trail begins, directly across from the starting point of Mayberry. It runs for about a half mile before merging back into the main trail. The southern segment begins shortly after the Dead Valentine's-Mayberry Shortcut and runs the full length. Both segments can be taken together, with a brief stretch on the main trail, thanks to a connecting point partway through the southern segment.

The Franklins are filled with desert wildlife, and you'll have the chance to see all sorts of plants and animals on the trail. Vegetation is best during the rainy months around summer when the desert blooms and the plants turn green. Jackrabbits, lizards, and roadrunners are common, occasionally snakes will be on or near the trail. Watch for rattlers and give them a wild berth. If you get caught out past sundown, you may hear a few coyotes. Their howls are unnerving, but they generally leave people alone. 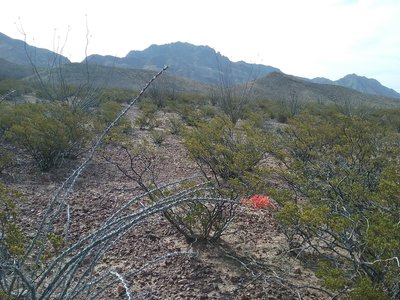 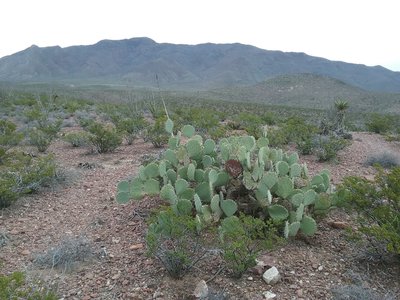 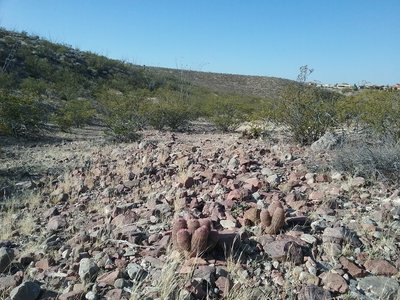 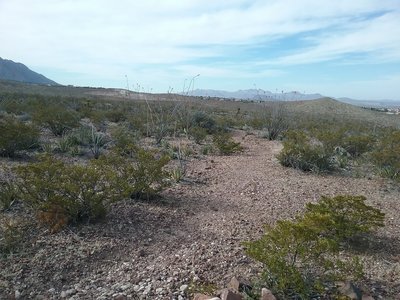 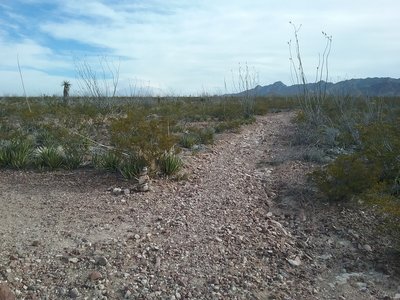 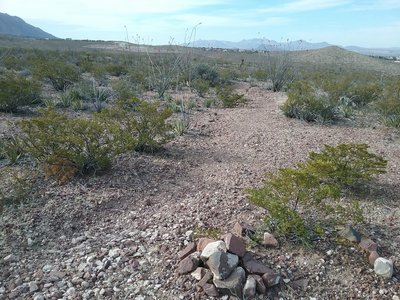