“A loop with a variety of terrain, a lot of climbing, and great views of Boulder. ” A classic for Boulder mountain runners, Green Mountain delivers a lot of vertical without truly leaving town. Your chances of seeing a professional ultra runner on any given day are pretty good. With the right gear and clothing, it can be done on any day of the year. In addition to the route given here, there are many other routes up Green Mountain that give this mountain a lot of different variety, from fast and flowing trails to steep and rooted trail straight up punishing inclines.

The upper sections of the mountain on the ascent and descent hold ice from November to early April. Microspikes are highly advised during this time. There are several small creek crossings on the loop but they're never too deep or fast, and getting water may be unreliable most of the time. The trail near creek crossings generally gets icy before other parts of the trail.

There are no dogs allowed on upper E.M. Greenman Trail.

Most of the trail on the way up is steep singletrack with smooth trail. Some rocky sections exist throughout and there are rock stairs up the final 200 feet.

The way down is a technical and steep descent that's shorter than the way up.

From the Gregory Canyon parking lot, take the Ranger Trail South where you get a little bit of rest from steeper climbing as the newly reconstructed trail cruises along a ravine. Eventually the trail winds its way up to the Northwest ridge of Green Mountain, which is occasionally quite windy. The trail returns to steep climbing as you head up the ridge, eventually reaching a series of switchbacks up to the west ridge of Green Mountain. The Ranger Trail ends at a junction. Turn East and head up the final few hundred feet, which are steep, rocky stairs and logs.

At the summit, enjoy the fantastic views to the East of Boulder and downtown Denver, and to the West, the Continental Divide, Rocky Mountain National Park, Indian Peaks Wilderness, several 14ers, and ski areas.

From the summit, head North down the E.M. Greenman Trail, which immediately drops into some steep and rocky switchbacks. The trail mellows out to almost flat near the Saddle Rock Trail/ E.M. Greenman Trail junction. From the trail junction, take the Saddle Rock Trail to the Northeast down more technical and rocky terrain generally between -20% and -30%. After a particularly rocky section, you need to come to a short ladder to get down a section of trail that was destroyed by flooding in September, 2013. Either descend the ladder or go down the left side on the steep slope.

After the ladder, continue down heavily rooted trail and rock stairs to the Amphitheater Trail/Saddle Rock Trail junction. It doesn't matter which way you go from here, since both trails descend to the Gregory Canyon parking lot in about the same distance.

Dogs are not allowed on the upper section of the E.M. Greenman Trail (i.e. the southeast side of the summit), but are allowed on the Ranger Trail/ Gregory Canyon / Long Canyon Trail side of the loop. The sections allowing dogs follow standard off-leash OSMP rules.

This route offers runners a great variety of flora and fauna to stimulate the senses along the way. Beginning in the grassy, magpie filled meadows of Chautauqua Park, you'll transition into a ponderosa and lodgepole forest. As you gain elevation, evidence of the transformation to a more montane zone will become evident. As with all trails in this region, be aware that mountain lions and black bears inhabit the area.

There's a sighting disk that will help you identify the many tall mountains to the west of Green Mountain. The plaque was placed there in 1929 by the CU Hiking Club.

The E.M. Greenman Trail is named after Ernest "Dad" Greenman, who was part of a prominent Boulder family in early 1900s, and developed many of the trails and climbing routes in this area.

In September 2013, several sections of trail were heavily damaged or destroyed by flooding. Some sections of the Ranger Trail are newly constructed, and there is a ladder on the Saddle Rock Trail. 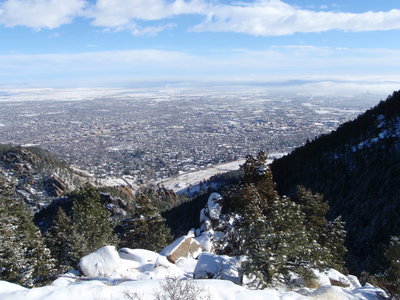 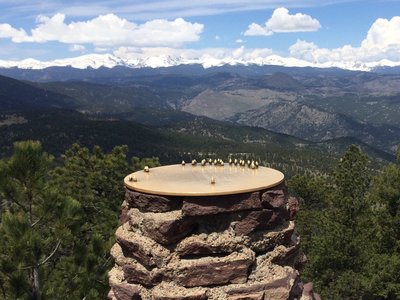 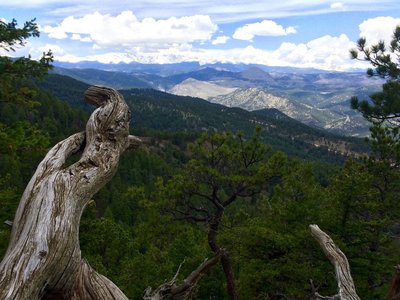 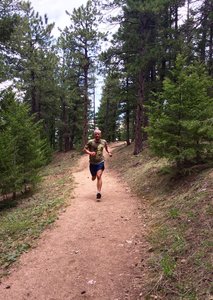 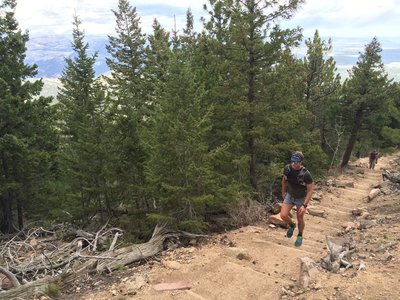 All Clear 19 days ago See History

Bear Peak Out and Back