This is an easy loop that winds through a wooded area with a few small seasonal ponds, wetlands and many grape vines. Be sure to take the time to view the historic sites along the way.

The trail on top of the Impoundment is narrow and although well established and easy to follow, may have significant thorn growth. Much of this area is subject to flooding (see the history section, it was intentionally designed this way). It may not be passable after heavy rains and expect a lot of mud most other times.

Many roots, rocks, and grape vines in the lower area along with a lot of mud. The upper section has many thorns.

This loop is mostly flat with one small climb. Enter the parking area from Pawlings Road (at the sign for Pawlings Farm).

After exploring the structures near the parking area (See Notes in History), head south along the road. You'll briefly be on the Commissary Trail. As the road (and the Commissary Trail) turn right, look for a small path continuing toward a large seasonal pond. This is not a named trail and does not appear on maps of the area. It is denoted by the Walnut Hill Basin - Unnamed Trail here. Look for the wooden sign indicating no bikes. The pond is an excellent opportunity to explore local wildlife such as birds and spring herptiles.

Before reaching the pond, turn right at the trail crossing. Continue to follow this trail as it winds through the flat area between the river and parking area. Stay right at intersections. You'll be wandering through a wooded area, a few small ponds (although not always that small, watch for portions of standing water), and grape vines. The trail will exit the treeline and briefly join up with the Commissary Trail.

Follow the Commissary Trail to the left until you see another trail on a ramp like feature to the left. This is the Walnut Hill Impoundment Basin #21 Berm trail, and though there is a signpost on it, the sign which used to indicate no biking is no longer there. If you end up at two yellow bollards and find a large earthen wall to your left, you missed the turn and should go back.

When the trail works its way to a clearing/utility access/small road, head left toward the river and climb the berm. This berm formed impounding basin #21 of the desilting project.

From the berm, look right: below is the River Trail and Schuylkill River; Look left into the basin and you'll see a large cement structure. The large blocks in the structure allowed for controlling the water level in the impounding basin.

You will find many birds, grape vines, and berry bushes. During the spring, listen for the call of tree frogs and spring peepers. Deer are also abundant.

Near the stoned parking area are two prominent structures and two smaller structures. The first structure,Walnut Hill Barn was not present during the encampment. It began as a small sandstone barn around 1813, but took on its massive 3-story "double decker" form in the 1840s and stands as evidence of the prosperous farming history of the area.

Pawling/Wetherill Mansion is a 18th century mansion, fallen to disrepair. The mansion has succombed to vandalism and fire.

The area is part of a desilting project created to remove coal dust from the Schuylkill River from 1947-1951. This was the first of its kind river clean up in the US. Coal laden river sediment was pumped into impoundment basins such as the basin this route loops arond so that the coal could settle out and clean water returned to the river 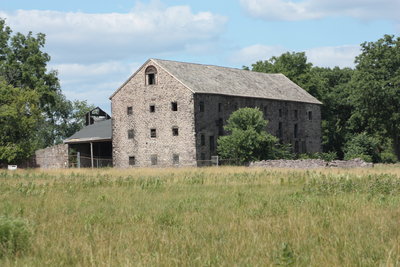 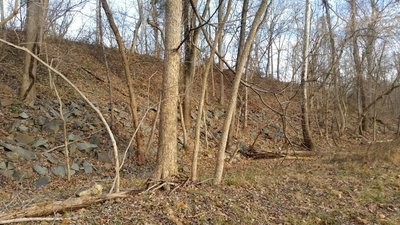 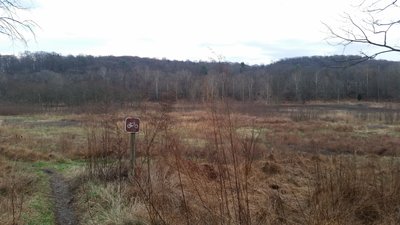 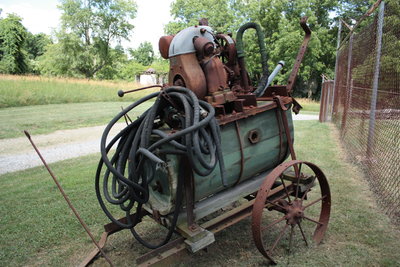 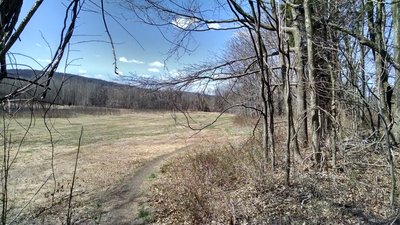 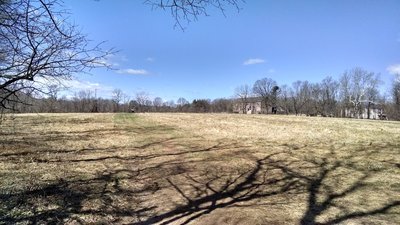