“A gorgeous alpine trail passing through a forest, past several lakes, with views of the Piute Crags. ”

The trail can be rocky in places, and there are a few creek crossings, but they usually have some sort of bridge over them or are not difficult to cross.

This trail is part of the popular North Lake-South Lake Loop that is popular among backpackers. It goes up to Piute Pass, one of the first passes along this route if you are going from north to south.

From the parking lot, this route follows up a short dirt road and past the North Lake Campground to get to the actual trailhead which is clearly marked. The trail starts in a forest and climbs gradually, most of the time being pretty close to Bishop Creek. Before long, the trail crosses the creek a couple of times and then continues to rise up and out of the forest.

Soon the trail starts to switchback and views of the spectacular Piute Crags emerge, as well as the beautiful glacially carved Piute Canyon. After a series of switchbacks the trail traverses around to a higher section of the canyon where it meets up with the creek again and the first real alpine lake along the route, Loch Leven. Also, from here Piute Pass is already visible, although it is still a few miles away. However, the steepest climbing has already passed at this point, and the route to the pass only gains another 700 feet in the next 2.5 miles.

The trail is great and easily manageable through this section, although it can get marshy in places near the lakes and the small runoff streams. Eventually, the trail passes by another long lake and then Piute Lake, which is a bit larger than Loch Leven. Throughout this section, there are amazing views of the evidence of glaciation in the canyon walls, with jagged peaks and steep U shaped gullies up above.

After passing Piute Lake, the trail gets pretty rocky with some steps built in as it crosses small runoff creeks and heads for Piute Pass. Eventually, the trail reaches Piute Pass, which affords some amazing views of Humphreys Basin, a vast expanse that exhilarates one just to see it. This trail turns into the Piute Canyon Trail as it leaves the pass. 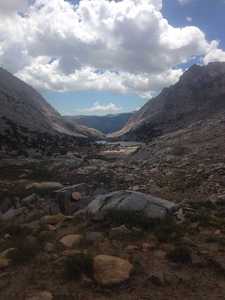 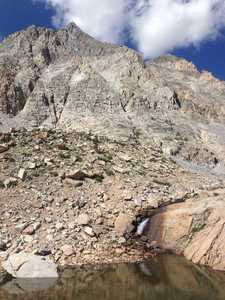 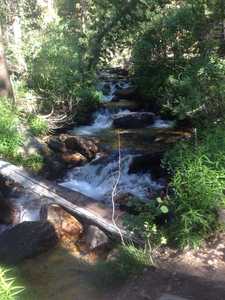 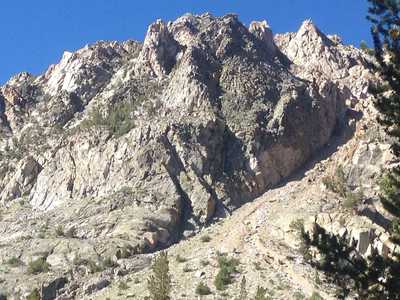 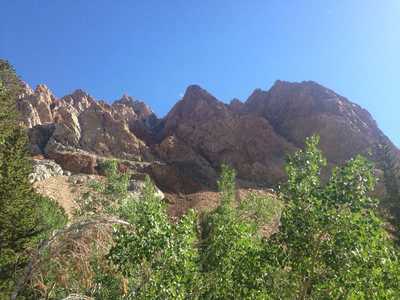 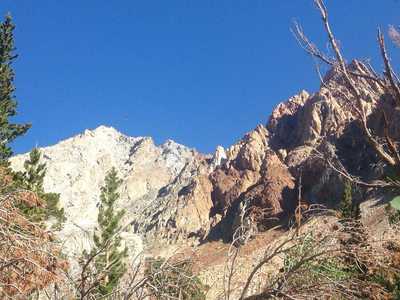 All Clear 35 days ago See History