“Run to rocky peaks and see a California Condor. ”

This is a nice run up to the peaks area with beautiful views and a chance to see the California Condor.

Bring plenty of water. It can be very hot and dry.

This run goes to the high peaks area and to the namesake of the park, the pinnacles. At the top is a narrow and steep part of the trail. My grandson loved this part. On our run we were able to see a few California Condors, some perched on the rocks and very close to the trail. Makes sure to look in all directions while running. That's how we saw one that would have been missed had we kept looking forward.

The trailhead is accessed from the Bear Gulch Day Use Area across the parking lot from the nature center. A sign marks the beginning of the trail. The trail is open and airy and continually ascends along the edge of Condor Gulch to the west. Follow the well marked path and look for rock formations like The Hippopotamus, Nebulous Knob, Popcorn Pinnacle, and The Three Birds. About half-way along the trail there is an overlook protected by some metal railings. This is a good place to soak in some views of Condor Gulch and perhaps catch a glimpse of some condors. The rock wall to the west of the overlook is called Dutch Goose Wall. Continuing east, the trail ascends before turning north passed Casino Rock, Doodlin' Dody, The Peanuts, The Toes, Dionysian Tower, and Jamcrack Rock. The trail ends where it meets the High Peaks Trail.

Take a left onto the High Peaks Trail - this trail moves past chaparral-covered hillsides and lichen covered rock formations. Keep an eye open for the many obvious rock formations such as the Carousel and the Anvil. The most recognizable of the pinnacles to the northeast are Pipsqueak Pinnacle and The Snout. In the gulch to the southwest, look for a pinnacle called The Unmentionable, named thus for obvious reasons. The views along this trail feature many varied and interesting pinnacles.

Eventually, you'll loop back to Bear Gulch Trail. This trail gradually descends back to the Bear Gulch parking lot. While not quite as spectacular as the High Peaks Trail, there are still several interesting rock formations along the way. 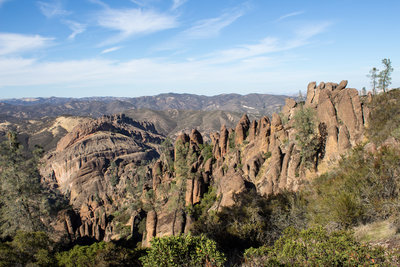 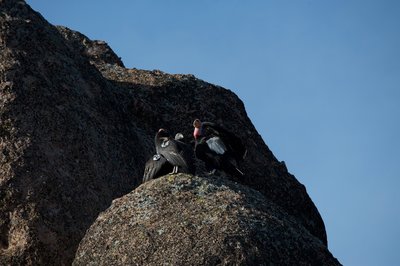 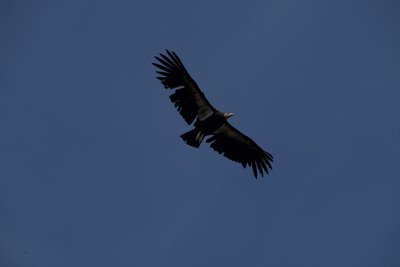 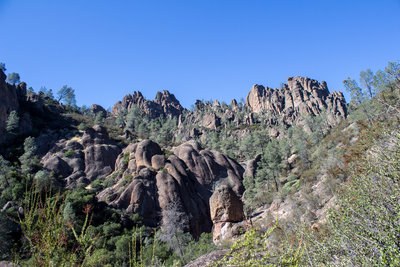 All Clear 53 days ago See History