North Dome Out and Back

“A run to the top of Upper Yosemite Falls and out to North Dome for great views of the Valley. ”

Difficult in the winter if there is a lot of snow on the ground. Traction devices like microspikes or snowshoes may be required to follow the trail in the snow.

This run offers the opportunity to climb out of the Valley and run along the North Rim, getting away from the crowds below. It's a long, arduous run but the views from along the rim are breathtaking. The first part of the trail climbs out of the valley, along Upper Yosemite Falls, and finally reaching the top of the Falls. After taking in the views and watching the water go over the edge, the trail goes up to Yosemite Point. Then following the trail along the Rim, it finally ends at North Dome, where spectacular views of Clouds Rest, Half Dome, and Glacier Point await. After taking in the views and getting a bite to eat, you can return to the Valley via the path that you traveled, although now most of your trail is downhill. It's a long day run, but the views are great and it gets you away from a lot of the crowds in the Valley once you pass Upper Yosemite Falls.

If you are running in the summer, especially later in the summer, make sure you fill up your water at Upper Yosemite Falls as most of the other creeks are seasonal and dry up. Sunscreen and a hat are also recommended as much of the trail along the North Rim is exposed, especially when you reach North Dome.

This run starts on the Upper Yosemite Falls Trail. One of Yosemite's oldest historic trails (built 1873 to 1877), the Yosemite Falls Trail leads to the top of North Americas tallest waterfall, which rises 2,425 feet (739 m) above the valley floor. This trail starts near Camp 4, along the Valley Loop Trail, and immediately begins its climb, switchback after switchback, through oak woodland. You'll begin to climb above some trees and into exposed plateaus that offer you a glimpse of what's to come: great views of Yosemite Valley and its many iconic landforms. Do not stray off of the maintained path, as you'll find steep drops adjacent to the trail.

The upper half of the trail is steep and rocky, but the arduous journey is well worth the amazing views you'll be rewarded with at the top. Here you may be surprised by the small size of Yosemite Creek, which feeds this massive waterfall. Use extreme caution when near the creek and remember you are directly above a waterfall. Make sure you take in the views of Yosemite Creek as it plunges over the edge of the North Rim. If it's spring, the roar of the water as it plunges over the edge is breathtaking.

Once you've taken in the view from the precipice, make your way onto Upper Yosemite Falls to North Dome trail to continue your run. You start up a crest and encounter boulders that are worth climbing around on and taking in the views. The trail descends into a forest of white furs and Jeffrey pines before it bottoms out in a red-fir gully. Indian Canyon Creek provides a chance to get water and resupply before you start climbing out of the canyon. Other creeks on the rim routinely dry up, especially in late July and August.

Once you pass Indian Canyon Creek, the trail begins climbing until you encounter the junction with the Lehamite Creek Trail, a trail that leads to Tioga Road. The run continues straight ahead as it climbs, steeply at times, over a ridge and then descends to Royal Arch Creek, another seasonal creek. A series of switchbacks carries the trail to the top of Indian Ridge. At this point, Half Dome looms large in front of you and North Dome is down the hill from this junction with Porcupine Creek - North Dome Trail.

Once you have soaked up the incredible views, turn around and head back the way you came.

Jeffrey pine, red-fir, and white fir trees are found throughout the run. Deer, bear, ground squirrels, and mountain quail have been seen in the area. 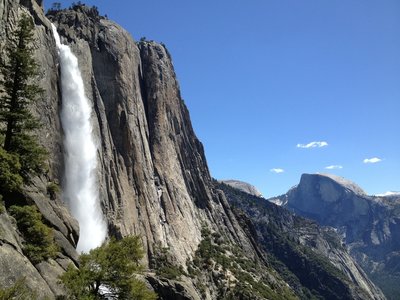 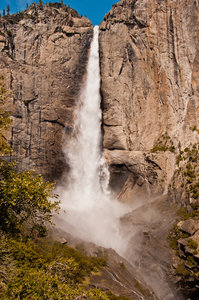 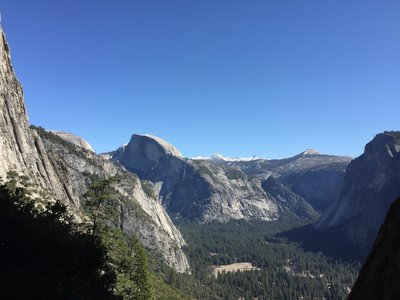 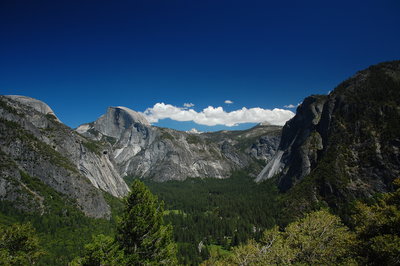 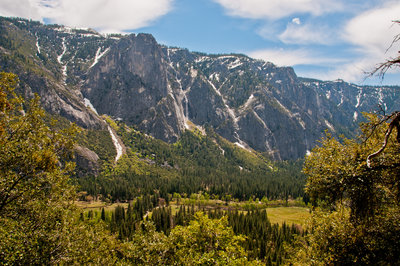 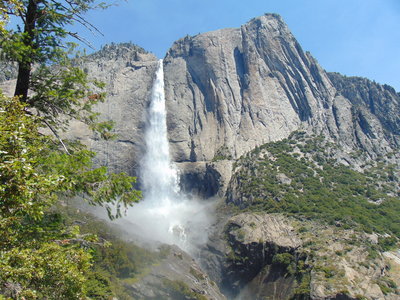 All Clear 85 days ago See History