Climbing to the top of Smuggler's Pass, Fusselman Canyon Overlook is a steep, rough bypass to Transmountain Summit.

Starting from its northern end, the trail begins as a narrow singletrack branching off from the main Summit route, just below the first overlook point. Barely wide enough for a runner and scattered with talus that has crumbled off the mountain, it wastes no time in climbing the remaining portion of the ridge to the top. Erosion and close-in cacti add to the challenge, but it's only six hundred feet to the top, where the trail levels off near some powerlines.

From the ridge, runners can experience a nice view of Fusselman Canyon to the east. Named after a Texas Ranger killed in 1890 in pursuit of cattle rustlers, it is the largest canyon in the Franklin Mountains. Continuing south along the ridge, at the quarter mile point, Mammoth Connector branches off to the popular Ron Coleman Trail, allowing long distance runners to make a full loop with the Lost Dog area.

After the connector, the path turns to the southwest and makes a steep descent for its remaining half mile. The trail is in a little better condition than during the short climb earlier, but this is still a technical, challenging descent. In reverse, many runners will find themselves power hiking through some of the steepest portions.

A series of ten switchbacks begins at the half mile point to finish out the trail. Fusselman Canyon Overlook ends back on Transmountain Summit where the latter finishes its steep, clockwise circular climb. If picking up the trail from this end, look right to see a faint singletrack headed up the mountainside. 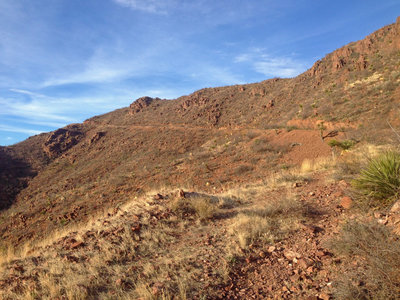 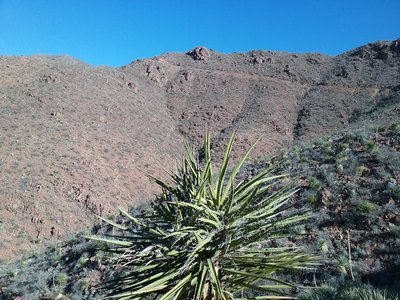