Flat, well-maintained, accessible, and picturesque, Pre's Trail draws hundreds of runners and walkers from the Eugene community every day. Found entirely within the four hundred acres of urban Alton Baker Park and wedged between the Willamette River and Autzen Stadium, the trail traverses wooded, grassland, and riparian areas.

Wide enough to easily accommodate the cross country teams and races that take advantage of Pre's ideal location, it is a popular unpaved trail option. Experienced runners won't find any challenge to the pancake-flat grade it doesn't even climb a hundred feet in its four-plus miles but this is a perfect location for tempo runs or people-watching.

There is no shortage of things to do around Alton Baker Park. Autzen Stadium, just north of the park, is home to the University of Oregon Ducks. The rest of the University is a short run away via the footbridge off Autzen Connector, including the legendary Hayward Field. The Science Factory is a good children's museum for younger kids, though it is only open Saturdays. The disc golf course makes for a good post run activity, and rentals are available at a small shack near the western parking lot.

Be sure to stop by Eugene Running Company before leaving the area, just a block away at 116 Oakway Center. The walls are filled with interesting running memorabilia from Eugene, Oregon, Nike, and the Olympics, and the outstanding staff is happy to give visitors a tour.

The wood chip paths of Alton Baker Park are flat and easy. Road shoes will work fine on these smooth trails.

Pre's Trail is popular, and runners and walkers of all ability levels can be found on the trail throughout the day. Be willing to share the path with those moving faster or slower than your own pace.

Keep an eye out for flying discs on the western portion of the Green Loop, as it runs near a disc golf course.

There are a number of access points for Pre's Trail, but the most common route, and the one shown on trailhead maps, begins at the westernmost parking lot in Alton Baker Park. The entire route is well-maintained wood chip doubletrack, suitable for all skill levels.

The trail is broken into three short loops with connectors between them. It starts on the busiest segment, the Green Loop, which passes by most of the park's day use attractions. Look for the Hays Tree Garden on the right and Science Factory on the left as the path follows Canoe Canal. As the trail exits the tree canopy, Autzen Stadium comes into a view, and once reaching the stadium's south gate it turns south towards a footbridge. Head across and to the east on the first connector.

The small Yellow Loop is next, and it's a quick trip along a mostly-open field before reaching a pond and the second connector. At the corner of the pond, turn left to pick up the Red Loop. The trail turns to follow the canal further, passing under a bridge and along a number of riverside homes across the water. Continue circling the Whilamut Natural Area as the trail turns south and picks up the Willamette River on the other side of the park's island.

From here, the trail follows the river for about three quarters of a mile before reaching the connector again and rejoining the Yellow Loop. The southern section of the Loop is more wooded, and passes Autzen Connector, taking runners to the University of Oregon and downtown Eugene.

The Green / Yellow Connector comes up at the three and a half mile point. The last segment of Pre's Trail passes three more of the park's features: a huge dog park, Cuthbert Auditorium, and the disc golf course. Wind past all three, keeping an eye out for the heavy foot traffic in this area. Pre's Trail ends back at the parking lot.

Connections on either end of the park to the rest of Eugene's extensive trail system allow creative runners to make Pre's Trail part of a much longer route.

While the loops of Pre's Trail don't stay in any one environment for long, it does provide short opportunties to see several types of western Oregon wildlife and plants. Wooded and grassland sections alternate, along with some interesting riparian segments along the river. Wildlife is mostly restricted to smaller park animals like ducks and frogs, though fox sightings in the Natural Area are common. Birds circling overheads can include eagles, herons, and ospreys.

While visiting Scandinavia, legendary local runner Steve Prefontaine was impressed by the soft surfaced running trails found in nearly every city. Upon returning to Eugene, he proposed that a similar system be built in the relatively new Alton Baker Park. Plans were drawn up, including a proposal to cover the trail using wood chips from local timber industries. The trail system was finished just four months after Pre's death in 1975. It opened to a memorial run of five hundred visitors.

Pre's Trail is still a popular training and racing destination. It's common to see local cross country teams, including the Oregon Ducks, and several notable races take place here throughout the year. 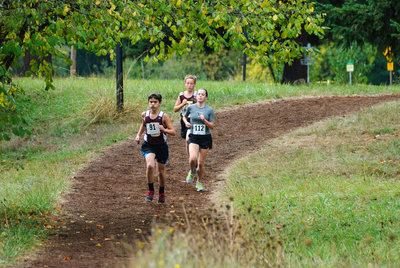 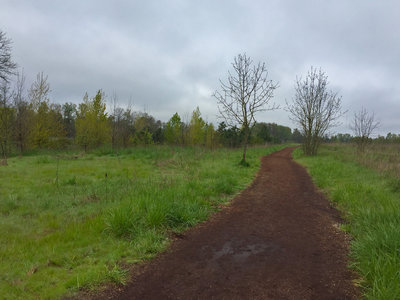 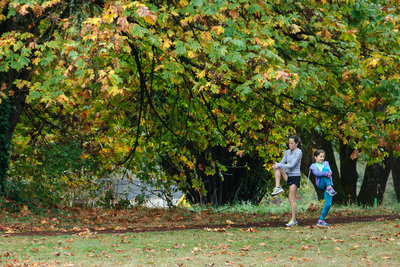 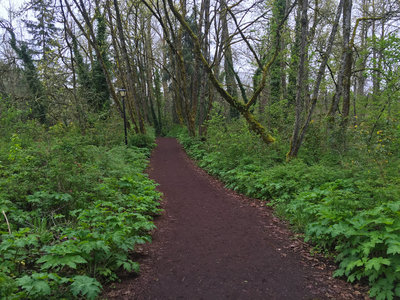 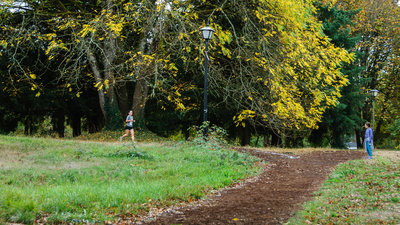 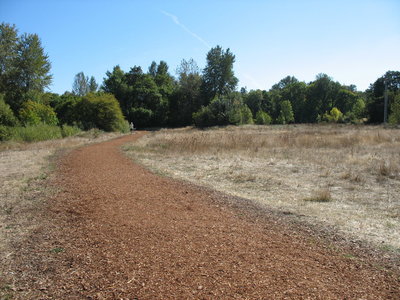