“This trail loops through a grass plain down to the old Great Miami River bed and out along the lagoon to the bike path. ” Closes at dusk, and for maintenance.

This trail loops down and through an old riparian forest and along the old Great Miami River bed. Sections of the old east bank cliff can be seen as well as the 17-acre lagoon that still remains. The trail follows along the lagoon on its north side back to the Great Miami River Bikeway!

The ground can be soggy near the river bed after a rain.

The trail is not rolled so the ground can be soft and unpredictable. Running not recommended.

This is an easy run, although the ground isn't rolled, so the small mammals can burrow and make the ground soft and unstable. In several places, you can see game trails for deer and beaver as they make there way back and forth through their territory. The backdrop changes as the trail goes down to the old river bed where you can see the elevation change on the old east bank which forms a 40-foot cliff as opposed to the west bank which is a gentle slope down to the old water's edge then out of the area near a picnic shelter.

This was the old Great Miami River prior to 1915 when the river flooded Hamilton Ohio and several other communities. The Army Corps of Engineers and the newly formed Miami Conservancy District believed that straightening the river at a point across from the current Miami University Hamilton Campus to the 33-mile mark of the river was necessary for the protection of Hamilton and to provide a more stable area around the river. The remaining old river bed formed into a lagoon, and the wildlife area surrounds it to the north and south. 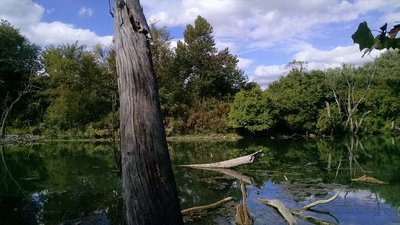 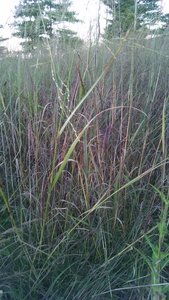 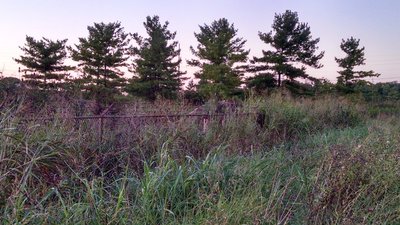 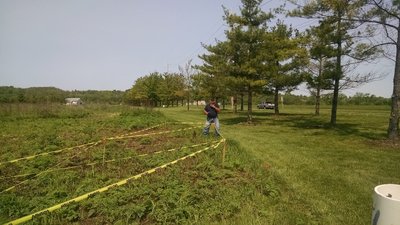