“This route is filled with beautiful mountains and scenery that reminds me of the Sierras. ”

No campfires are permitted within 1/4 mile of many lakes in the Lakes Basin and surrounding areas.

The West Fork Lostine River Trail is very well used with lots of deep ruts and tons of evidence of horses. We continued in with a destination of Blue Lake. We arrived at Minam Lake to find it very noticeably low. We continued on to Blue Lake which turned out to be a good choice. The trail can be a little difficult to find because there is an offset four way intersection of trails with poor signage but we did get in the right trail. Bear right to find the correct trail. You head up and at about 1.5 miles, you get to this little gem of a lake. Campsites are on the east and south side. We found a great site adjacent to the outlet river.

This little lake is in a basin 7,500 feet at the base of a 8,500-9,000 foot ridge. Clarks nutcrackers abound, and there are nice and willing brook trout in the lake.

We took a day trip scrambling up the ridge to over look the Minam River drainage and to get a great view of the Eagle Cap and the surrounding mountains. The scramble was not too difficult but you must use great care traversing this ridge.

We woke up early in the morning to elk bugling close by. It continued to bugle. The following morning, we saw the fresh elk tracks and they were about 50 feet from our tents.

We headed down the East Fork Lostine River Trail #1662 through a beautiful multiple mile valley with the Eagle Cap in the background. The last half of the run is on some downhill switchbacks until you reach the Two Pan Trailhead. 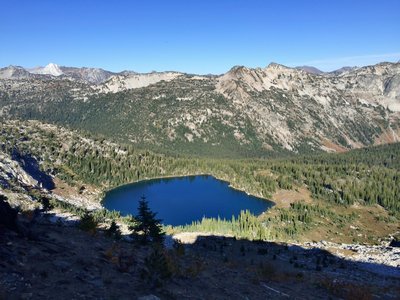 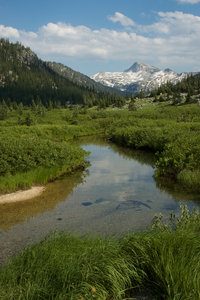 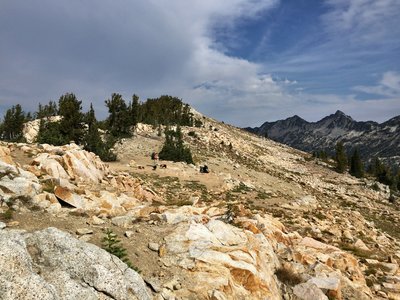 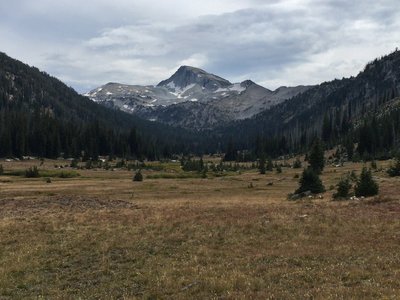 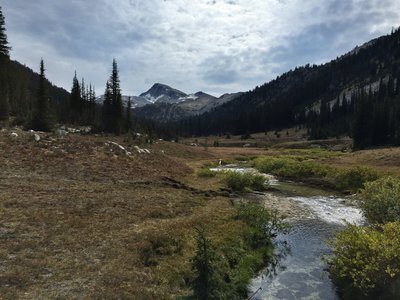