“This loop will bring you past a number of brooks, and up-and-down a good number of great viewpoints. ”

This is a day run route that you can access with mass transportation from NYC. You'll run along a brook and up a number of hills with great views.

Watch out for rattlesnakes.

This trail is accessible via public transportation from NYC. To do so, take the metro line from Penn Station towards the Port Jarvis line and exit at the Sloatsburg station. Then run along Seven Lakes Road - mindful of traffic - to the Reeve's Visitors Center where the trail starts. Just make sure you give yourself ample time to complete the run and catch the metro.

You can go either direction around this loop; you can also shorten it or lengthen it as well (see some of the other trail guides). This is a lengthy route but will take you along a few lovely brooks, and up-and-down a lot of steep to moderate hills with excellent views.

Continue along the orange trail; it will join a light blue trail for a fifth-of-a-mile before heading southwest again on its own. This will take you to one of the best viewpoints (Ramapo Torne). Head down the steepest descent of the run to rejoin the light blue Seven Hills Trail. This will take you back to the trailhead. 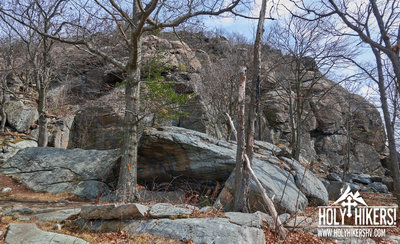 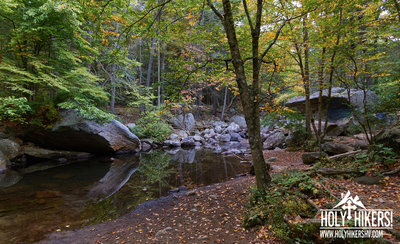 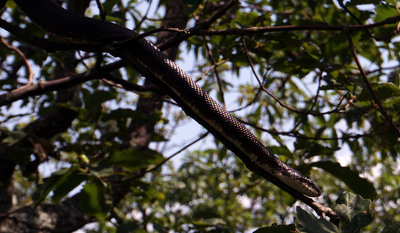 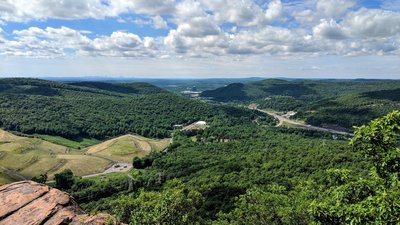 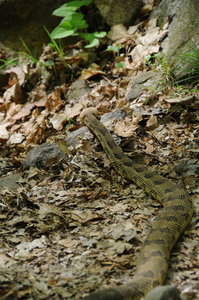 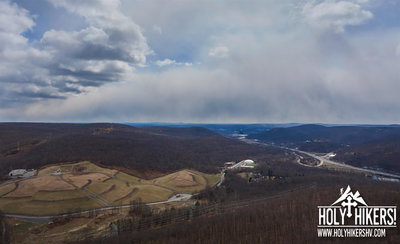