“Run back in time to when work and war mattered more than we know. ”

No vehicles on the Dam.

Local folklore surrounds this trail and a true gem is located at the trails end.

Town folklore says the trail name comes from the bombing runs the Army Air Core bomber pilots flying to Mena from Fort Chaffee would take as they trained for the missions they would soon be flying on the European front in WWII. Folklore says local children would hear the bombers arrival and run to watch them fly through the valley and over the lake as they practiced dry run releases with bombardiers opening their hatches and pretending to blow up the dam.

Folklore is disputed, however, some say that the current Ward Dam was built by the WPA in the mid 1930's, while others bring up a 1905 date which would place the dam out of the New Deal Era. Folklore also tells of a dam break and of the subsequent flooding of the town below as a result.

In recent Mena news, trespassing on the current Ward Dam was deemed punishable by fine as locals were concerned about the erosion being caused by teenagers and 4x4 enthusiasts who were creating tire ruts from driving straight up the dam face in tests of testosterone and tire torque. Ruts in a dam become holes in a dike.

Recent trends in environmental conservation question the validity of dams. Ponder this as you head out on the trail: Futility. Futility of war, of the work of human hands, of our ability to learn from our past mistakes, of youth. Futility like a bomb is silently dropped into your soul as you run. The Bomber.

"There is a tide in the affairs of men, which, taken at the flood, leads on to fortune; omitted, all the voyage of their life is bound in shallows and in in miseries." - William Shakespeare

Run long and wild and free.

Moss, and rock. No North American Yeti have been spotted on this section of trail. 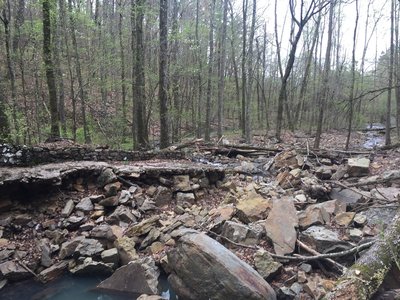 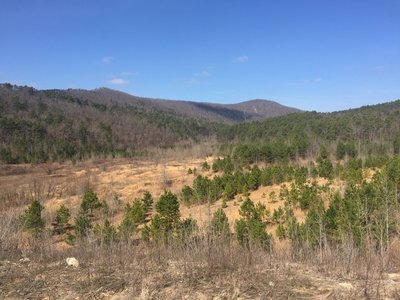 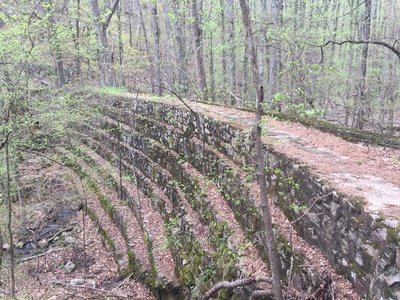 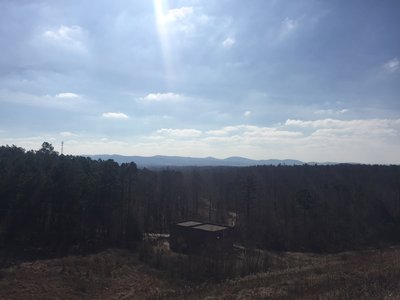