“A bare-bones rail-to-trail that makes up the eastern and more remote segment of the Klickitat Trail. ”

This is the second, or eastern, half of the overall 31-mile Klickitat Trail. The trailhead is a small gravel lot that lies a short ways down a side road off of State Road 142.

The trail goes south, threading through Swale Canyon before coming out into the open, rolling hills of farmland north of the Columbia River. It eventually terminates somewhat randomly at the junction of Centerville Highway and Uecker Road.

This segment of the Klickitat Trail is a little different from its more heavily-trafficked western stretch. Whereas the Klickitat Trail: Klickitat River Segment has a sizable amount of what is more or less tame singletrack, this Swale Canyon segment is almost entirely by-the-book doubletrack. It can be rutted and rocky for doubletrack, and doesn't see vehicle use.

One major difference is that the Swale Canyon segment is very remote. The majority of it does not follow a road or any real sign of civilization. In the northern parts of the canyon, the trail passes a handful of hunting cabins and camping trailers, but the only real sign of human activity other than the old rail bridges comes when one is leaving the canyon through the south, and some powerlines peek up over some hills. If you're running at the right time of year, expect to see some wildlife. Marmots and swallows can be plentiful in the spring. 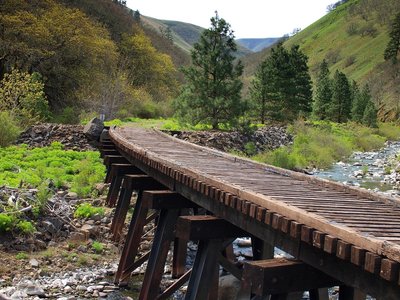 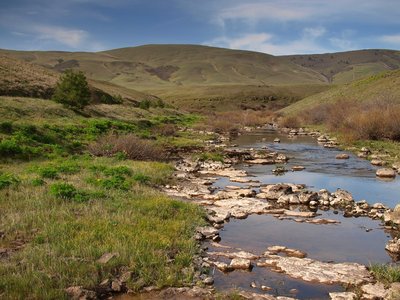 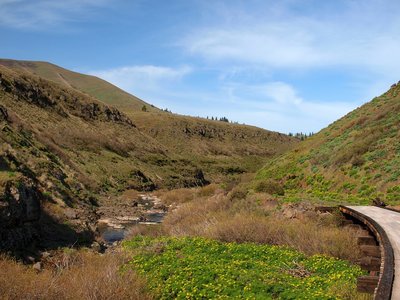 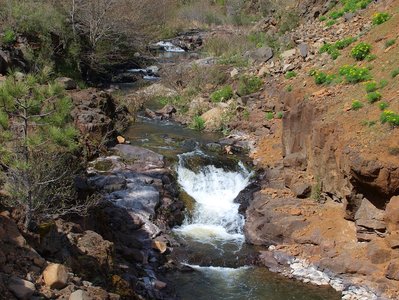 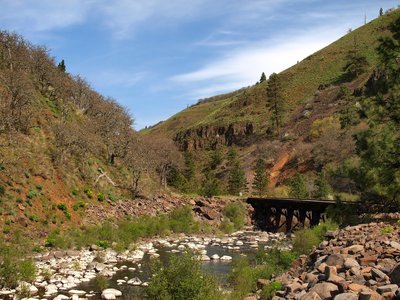 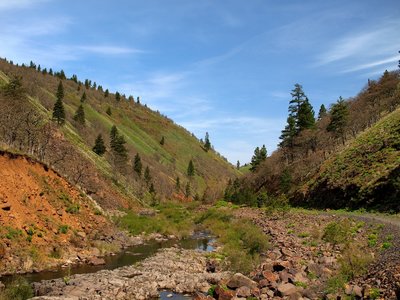