A fantastic three day excursion (though it can be done in two if you are quick) that is full of views and fantastic moments, including the beautiful Hetch Hetchy Reservoir overlooking the Rancheria Falls, several other waterfalls, and lovely campsites near Rancheria Falls.

The area is quite wet and multiple areas require sandals or some sort of waterproof gear. Be careful with your food. Numerous bears frequent the area, so don't leave food open or out of the bear container. Keep checking the conditions since Rancheria Falls entry might close due to excess water in the Wapama Falls Trail.

Bring sandals, Vibram or anything that allows you to wade through cold water and prevent getting your main footwear from getting wet. There are multiple areas that require them. In Tiltill Valley, you'll need them, in Laurel Lake as well.

This is a pretty popular loop and so the trail is well-traveled and usually easy to follow. The overpass can be a bit tricky early in the season since there is a lot of snow and makes the path difficult to follow. A GPS or the Trail Run Project mobile app will help you through here.

The next intersection is with Bear Valley to Rancheria Falls Trail and Rancheria Falls to Tiltill Valley trail. As you get closer to Tiltill Mountain Trail, you'll see a flooded zone. Just be patient and cross the swamp, and you'll see the sign to start climbing towards Lake Vernon Trail. This section is known to have bear sightings. Be careful and don't keep food open. The climb has lots of switchbacks so take your time.

Once on the top, and if it is early on in the season, it will be hard to follow the trail since it can be covered by snow. Try to keep a straight line as much as possible. Once you cross the forest, you should be able to see Lake Vernon. Follow the trail which is clearly marked. This is a good point to rest. As you cross to the intersection for Vernon Lake Cabin Trail, there should be a crossing. Be careful since the water can push you. You'll get a bit wet, so be ready for this.

The rest of the trail is clear all the way until Lake Laurel West Trail. This path is swampy, again, and difficult to find. Be aware of wood cuts (large ones) that indicate the trail. There is a section that is extremely swampy (more than all the other ones combined!). If you are not certain, send only one person to check and come back. It is not more than 200 meters but it can be deceiving.

Once you are done with the Lake Laurel West Trail and come back (I recommend to return on the west trail since the water is not as deep), be ready for the way down to the reservoir.

This is a three day run with the possibility of overflowing lakes, snow, and bear sightings. Be careful, especially if you go during the early season. During a rainy season, there are several passes that will be covered in water; either waterfalls overflowing or swampy locations. There are plenty of water sources, so as long as you bring enough for 2L, you should not worry. You should still treat the water before drinking it.

Surprisingly, this year (2017) there were not that many campers in Tiltill Valley due to unexpected flooding. If it rains, certainly that location will be closed. The Vernon Lake crossing has strong currents, so be careful. Trekking poles are not a bad idea as the elevation gain and descent can be brutal on the knees.

Active bears. We saw four bears in the course of the trip. Pine trees, wild mint, and common bushes are everywhere on the sides of trails. Mosquitoes are common close to the streams. 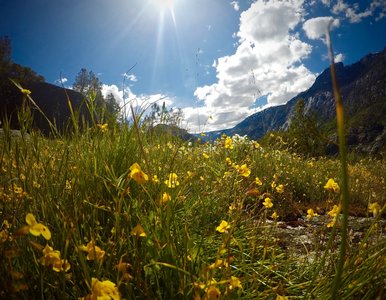 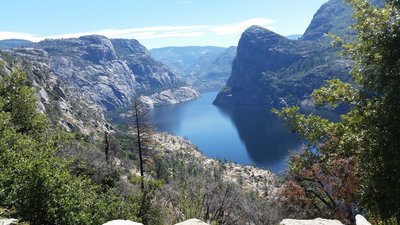 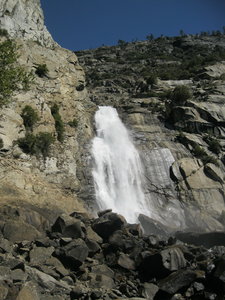 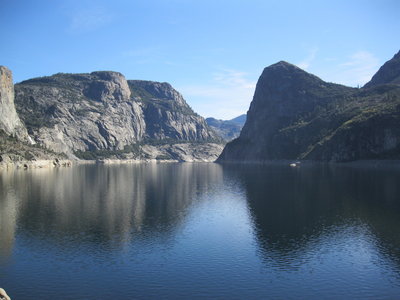 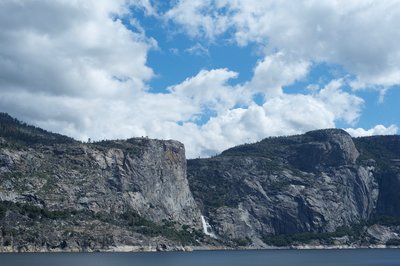 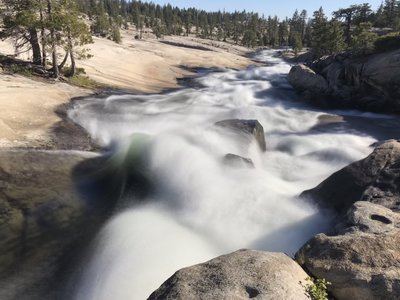 Sunrise to Happy Isles via Clouds Rest and Half Dome