“Find out what The Four Seasons, The Four Tops, The Fab Four, and Zeppelin IV have in common when you run this trail. ”

Do not feed the wildlife!

Queen Wilhelmina was a Dutch Queen who invested in the early railway near town. The lodge was built as a spa resort in her honor. She was scheduled to visit, but came down with a minor influenza. She sent a representative to deliver her portrait instead. Unfortunately, the artist did her no favors. In the past 100 years, the lodge has burned down three times, been abandoned, had a stint as an art college, a speakeasy, and even a commune. She has recently undergone an extensive renovation. Her grounds host a miniature railroad, an antique locomotive, pristine campgrounds, miniature golf, and an ice cream parlor. The grounds were once home to a rehab zoo, now relocated at the bottom of the mountain. Legend is an inebriated camper set Harold, the beloved bear free. Harold was caught and re-caged, but after being mocked by drunken patrons, he decided to take his chances in the wild and set himself free. Google Arkansas Native Plant& Wildlife Center. Tommy Young is unbelievable.

Guidelines: Led Zeppelin IV, is the accompanying soundtrack with rhythms which synchronize with the rolling and rocking aspects of the trail. This segment is best paired with some Roccina from Kent Walker Artisan Cheese and a Love Honey Bock from Lost Forty Brewery. 6.3 % volume per weight, both home-grown in Little Rock. Pig Sooie!

Segment Four begins at the Queen Wilhelmina State Park. Traipse down from the lodge headed toward Lover's Leap Trail. Don't fear, most lovers found on the trail have been married over twenty years and yearnings of leaping have long passed.

Continue on the trail, and make a left at the Ouachita signage. Here the trail begins to play the Rocky Theme. There are boulders big and small dotting the trail until it passes the Scenic Byway. By the way, after crossing the byway, beautiful Black Fork Mountain plays peek-a-boo though the boughs. A sharp descent brings you to the Highway Crossing near Eagleton and to the entrance of the trailhead leading to the Black Fork. Cross the quaint bridge and note the Ouachita River in her infancy. Her waters here will travel over 600 miles where they join the Black, the Red, and the Atchafalaya Rivers before meeting up with the Mighty Mississip. Ponder that for a moment.

Good. Now cross the Kansas City Railway and head into the National Forest and onto the OT.

Meet up with the Black Fork Trail and if you have time, head a quarter mile west to see what the Friends of the Ouachita Trail (FoOT) have bestowed those adventurers seeking to through hike the complete 192 miles, and find one of the twenty brand new trail shelters for runners to rest their haunches. Thank you Friends for your big FoOT contribution!

Head east on the trail and note that previous ATV trails have been shut off, allowing the trail to return to its previous glory. Pass over the dirt road which leads to the firing range and follow blue blazes up and along the ridge of the Fourche Mountain (locally pronounced Fush) and enjoy clumped rock formations, incredible plant diversity and plenty of technical terrain.

Peak the ridge and glimpse the Acorn (locally pronounced Akern) Vista backed by the Rich Mountain. This ridge will carry you all the way to the Foran (locally pronounced Four-in) Gap, with a special gem waiting for you right before you end at Highway 71. If you enjoy serenity and solitude coupled with the opportunity to find your true purpose in life, don't run this segment, as you may never return home.

Ribbon snakes, wild turkeys, ticks, black bear, and the extremely rare OT Through Hiker. (Y'all give it up for Hiker Zack, the solo hiker who was seen on this segment hiking all the way to Little Rock. Way to go Zack!) Unfortunately, no signs of the ever elusive North American Yeti. 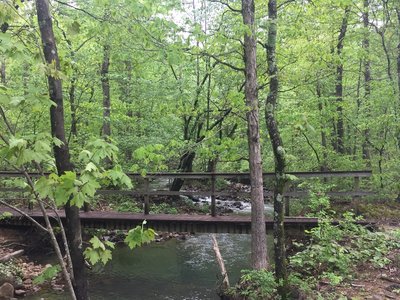 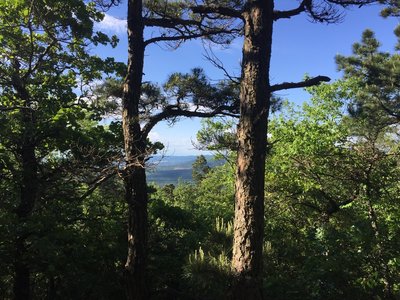 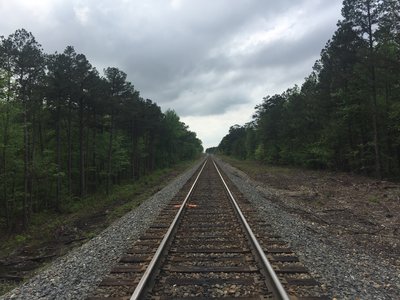 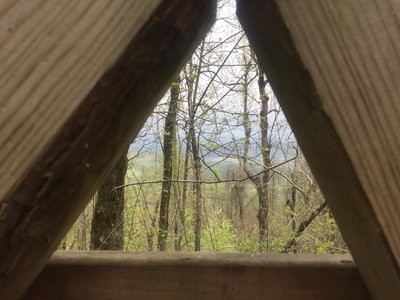 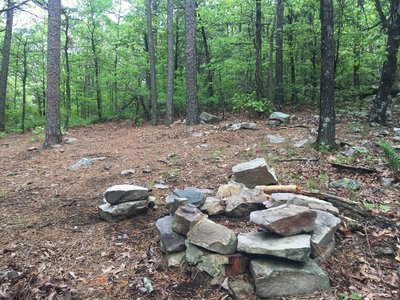 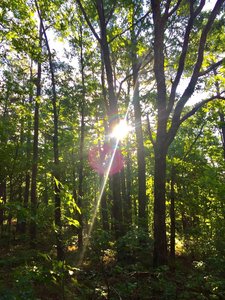