“A newer ridgeline traverse between Snow King and Game Creek with access to Ferrins and West Game Creek. ”

This trail is typically used as a connection between Ferrins and Game Creek but can be negotiated in either direction, depending on the style of run you're looking for. As a tough, switchbacking climb, Ferrins is a surefire way to get the blood pumping and will make the sustained but lower grade climb of Skyline from the west seem relatively easier. The opposite direction begins similarly with a moderate climb up Game Creek to a tough, sustained climb up some looser switchbacks on Skyline. It goes without saying, you'll earn your views and downhill stretches one way or another.

As shown, this newly developed trail starts near the ski runs on Snow King with a small climb and descent toward the top of Ferrins and West Game Creek. Here, you'll find an expansive view of Jackson Hole and the Tetons beyond.

Continuing east past the almost irresistible downhill on Ferrins, you'll head through a meadow on a few switchbacks toward the north-facing aspect of the ridge. The majority of this first half of trail heads up with some well-built switchbacks that, at the time of this posting, could use some more traffic as the tread can be loose with rocks and roots.

The north-facing aspect of the ridge is nicely shaded with dense conifer growth in contrast to the shrubs and forbs found on the southern aspect. At some point past the half-way mark, you'll notice a distinct change in trail character as this section was machine-built. The trail width increases through more bench cutting. Given this trail is relatively new and is closed from May 1 - July 1, this wider section of trail can be tricky to navigate as the best way to comb through the terrain hasn't been made obvious by the tracks of other runners yet. That said, it makes for a fun and wild challenge with a couple steep switchbacks that features large, loose rocks.

Just past the five-mile mark, it's all downhill. Look for the short Lookout Spur that has nice views of Wilson Canyon, before continuing the rough and tumble switchback downhill toward the intersection with Game Creek.

With a few seasons of use, this could be a true cross-country gem that is a staple of longer loops through the Cache-Game network. 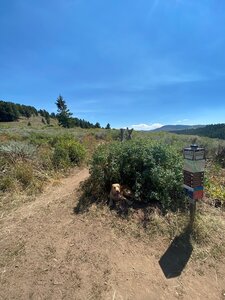 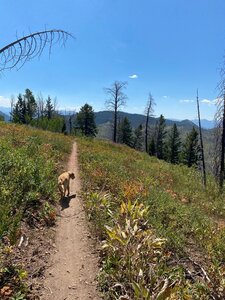 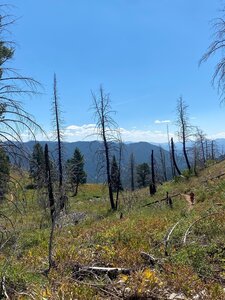 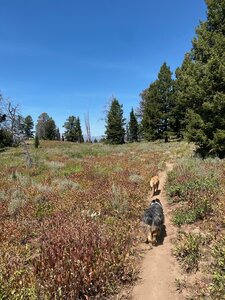 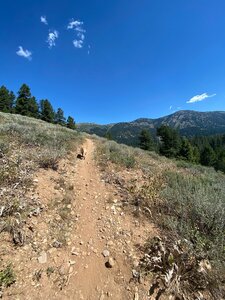 Mt. Baird Out and Back