“A flat and easy run to the beautiful Bandeirinhas Canyon. ”

The Canyon das Bandeirinhas, located inside the Serra do Cipó National Park, is one of the biggest attractions in the region. The canyon is formed by an opening between the Serra da Bandeirinha and the Serra dos Confins.

The canyon can be accessed by a flat run with a distance of approximately 12 km, connecting the Trilha Cachoeira da Farofa to the Trilha Canyon das Bandeirinhas, whose routes can be done by foot, horse, or bicycle. There is also a Jeep accredited by the management of PARNA Cipó that can assist with the transportation of children and the elderly up to the halfway point.

Along the way, runners follow along the open and easy terrain of Trilha Cachoeira da Farofa for the first 6 kilometers, and it is possible to observe Serra da Lagoa Dourada, some smaller streams and waterfalls, varied species of flowers, and a forest of Monjolos, popularly known as White Sucupira.

The Trilha Canyon das Bandeirinhas leads to the canyon itself. Bandeirinhas Canyon has a length of 6 km and is formed by two walls cut by the Bandeirinhas stream that holds some waterfalls, natural pools, and huge blocks of rocks that were dragged by the forces of a flood that occurred in 1926. It is quite common to find orchids and bird nests inside the canyon.

in Parque Nacional Serra do Cipó 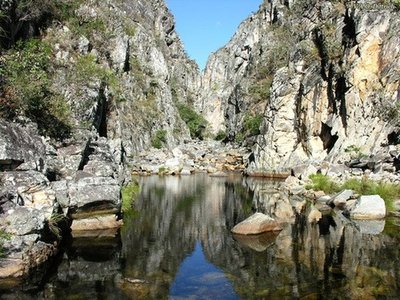 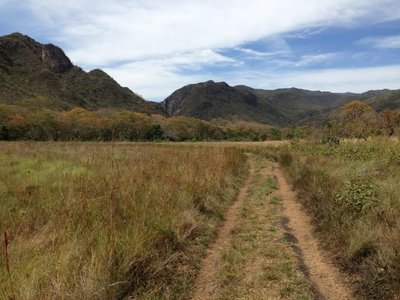 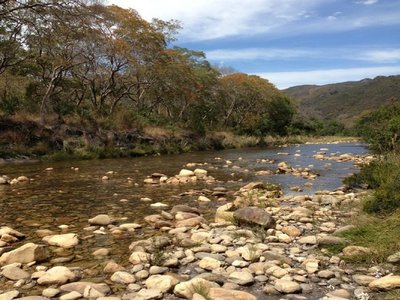 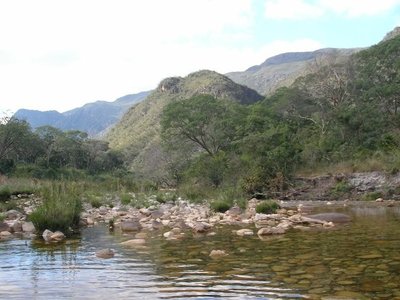