“A gently graded trail through the heart of Oregon's Soda Mountain Wilderness. ”

The Lone Pilot Trail was constructed in the Soda Mountain Wilderness along roads that had been abandoned long before the wilderness was designated. These repurposed old roads are the only way you can explore the depths of the western half of this wilderness without bushwhacking. The Lone Pilot Trail starts and ends at the Pacific Crest Trail—you use the PCT to make a loop. You reach the western end of the Lone Pilot by running 0.8 miles up from the Pilot Rock Trail.

Going counter-clockwise starting from the western end of the Lone Pilot, you head south through some large meadows (heavy with wildflowers in the spring) with a big view of Mt. Shasta (the first of many), pass an abandoned stock pond that is frog heaven in the spring, and then swing east around the south side of Pilot Rock.

The Lone Pilot cuts in and out of ravines throughout its length, and these ravines harbor microclimates and habitats quite different from the south-facing ridges. A run through an open meadow is followed by a plunge into a dense Ponderosa forest within a hundred yards. This forest passages provide cool relief if you run this in summer.

About 8 miles from the PCT, the trail drops to its low point along an unnamed creek. From there, the trail starts a long, slow climb up through oak forests to a crossing of Scotch Creek, and then on up to a view of snow-covered Mt. Ashland to the north, and Mt. Shasta, Black Butte, and Mt. Eddy to the south.

Eventually, the trail reaches the top of Lone Pine Ridge, which you then follow north to the PCT. The trail along the ridge undulates gently through forests and passed vistas, before encountering a steep, loose cliff that forces it to lose elevation and then climb back up to the PCT. From the signed junction, you can follow the PCT south back to the Pilot Rock Trail.

Although long-ish, this trail is never steep or hard to follow. It's a great way to experience the inner Soda Mountain Wilderness, with its differing habitats and vistas. There are places to camp and water sources, so you could easily do an overnight (or longer) backpack here. 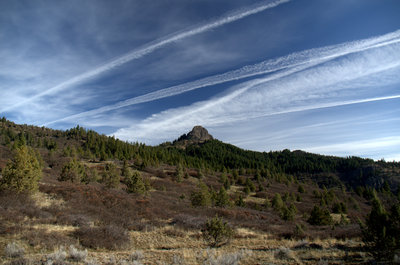 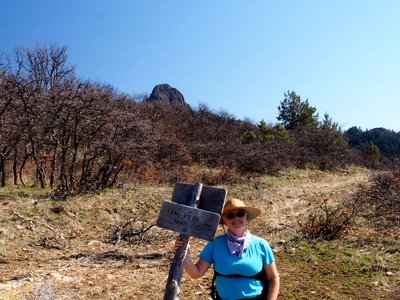 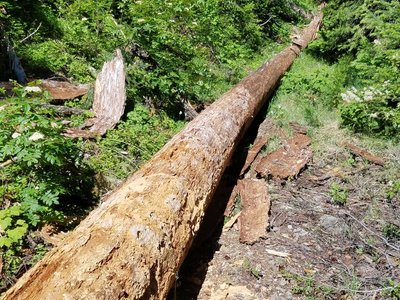 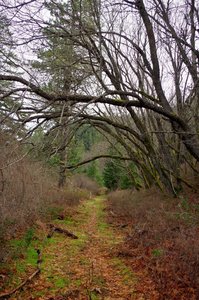 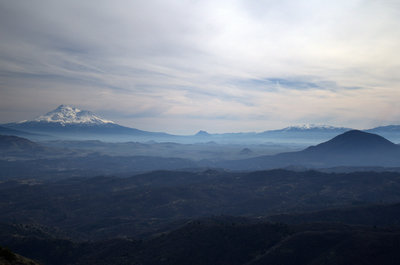 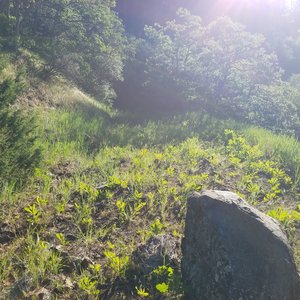