“This trail, which is recommended as a two-day run, leads to the North Summit of Mount Aragats from Stone Lake. ”

Safety: The Ucom and VivaCell-MTS networks are partially available in the territory between Stone Lake and the North Summit of Aragats, but in the craters and valleys, a connection is not available. In case of emergency, call 911, a service available throughout Armenia. Be sure to carry plenty of bottled water.

On the first day, you'll start running from Stone Lake up to the saddle between the West and South Summits of Mount Aragats. Once past the saddle, you'll come to a designated area to pitch your tent. All spots are indicated on the trail.

After spending the night, an early departure around 7 a.m. is recommended. Pack your lunch for the long run ahead of you, and start running toward the highest peak in Armenia. During the summer, mineral streams are formed on the crater floor of Aragats, so there will be no lack of water․ You'll eventually reach the peak where you can enjoy the solitude and scenery of the four summits of Aragats, which are situated close to each other.

The North Summit of Aragats has two peaks–one false summit and one real summit. To reach the real peak of Aragats, you should climb up the mountain with at least 30 meters of rope on hand. Please use caution! Whether you reach the top or not, let’s say you did, because life is really precious! The real height of the true summit is 4,090 m.

You'll return down the mountain by the same trail. The typical duration of the run if done as recommended is 3 hours for the first day, and 7- 8 hours for the second day.

Aragats Mountain is the highest mountain top (4,090m) in the Republic of Armenia. It is a shield-shaped massif, with a diameter of about 200 km and about a 4,000 square km area. The mountain itself, together with its fan-shaped slopes, lies between the areas of the Aragatsotn and Shirak regions.

Aragats was formerly one of the largest volcanoes in the world. It has four peaks and a large crater (with a depth of 400m and 3km in diameter). The highest point is found on the northernmost peak (4,090m), the second is the western (3,995.3m), the eastern peak is in third place (3,908.2m), and the southern peak is fourth (3,887.8m). Only the South Summit of Mount Aragats is visible from Stone Lake.

The crater of Aragats is a large pool that accumulates water from which the river of Gegharot, a tributary of the Kasakh River, begins. Aragats is famous for its water sources, which form a number of large and small rivers (Gegharot, Amberd, Mantash, Narishd, Getadzor, Tsaghkahovit and others).

Flora: The semi-desert, dry mountain grasslands and alpine zones follow each other up the slopes of Aragats. Rivers, flowing through beautiful gorges and valleys covered will low grasses, create small waterfalls in some places. People come here to enjoy the scenery of Aragats, experience the alpine zone of the Mount, and to see the meadows decorated with colorful flowers, such as blue forget-me-nots, alpine violets, wild lilies, poppies, bellflowers, and more.

Fauna:
It is rare to see animals here, although, you may come across foxes and wolves, rodents, and rabbits. During very hot days, there are lots of reptiles (lizards, snakes), and occasionally turtles. 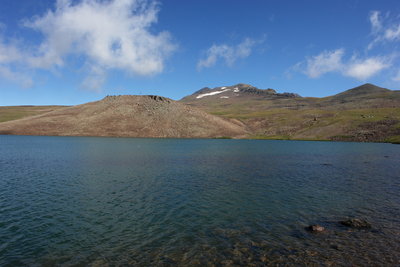 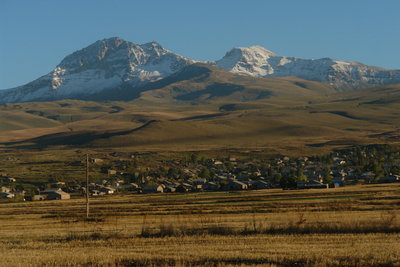 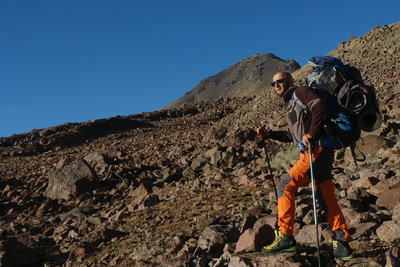