“This trail leads beautiful places where the old, grey, faded walls of the church are especially scenic in sunny weather. ”

Cell phone service is available at times throughout the run, and 911 emergency service operates throughout Armenia in case of any accidents.

Be aware of rapid changes in weather, especially in spring, as lightning storms are common. Running on the mountain in stormy or rainy weather is not recommended. Be sure to bring bottled water!

The run begins from Tegher Monastery in the village of Tegher in the province of Aragatsotn. The monastery is included in the list of Historical and Cultural Monuments of Armenia. According to the inscriptions on the stone facade of the narthex’s entrance, Mamakhatun, the wife of the Prince Vache Vachutian of Ararat, built the monastery. The complex consists of the St. Astvatsatsin (Surb Astvatsatsin - built in 1213) Church and its narthex. Be sure to take some time to explore the monastery before you start and to enjoy the scenery from the small stone chairs. These chairs are a nice option for a quiet place to sit or have a quick snack before setting off on your run.

Because of the abundance of herbs growing in the area, the church and the village are called Tegher, or Degher (which means medicine, in Armenian). As the trail continues to climb from the church through the village, runners will head through a lovely open field with views of Mount Ararat—the highest mountain of the Armenian highland—as well as the four peaks of Mount Aragats.

Along the trail, the flora varies depending on the terrain. The beginning of the route is rich with high stem plants, which become sparser towards the end of the route. The last stop of the run is the medieval fortress, Amberd. Located 7 km north of Byurakan village, Amberd is a 10th century fortress, on the southern slopes of Mount Aragats at 2,300 meters above sea level, at the confluence of the Arkashen and Amberd rivers in the historic province of Aragatsotn, Armenia.

The main features of medieval Armenian fortification can be observed in Amberd’s architecture. The noble family, Kamsarakan, built the castle and some sections of its battlement early in the 7th century. Later, the castle belonged to the House of Pahlavuni, and was one of the most important military and defensive bases during the Bagratid Kingdom of Armenia. Amberd lost its significance after the Turk-Tatar invasions and was eventually abandoned at the end of the 14th century, during the reign of Tamerlane.

In order to reach the start of this trail, it is recommended to take a taxi from Yerevan to Tegher which will cost around 4,000 AMD. It is advisable to take a taxi with a working meter (be sure the driver uses it), or agree on a price beforehand. The best time to run in this area is April to October.

Flora: The flora of Aragatson is rich and varied, especially around Tegher village and in areas near Amberd. In spring months, middle-aged women collect edible greens (astrodaucus, sorrel (lat. Rumex, falcaria, etc.), from which they cook tasty meals. The area is also rich in herbs they use to make tea.

From May to July, the surrounding area of Amberd is covered with flowers, among which are Ornithogalum, Pulsatilla (Pulsatilla armena), Corydalis (Corydalis nariniana) and Gladiolus (Gladiolus tenuis). The grass is dense and splendid in both places. While running, bushes such as rosehip and rose bushes, and a whole variety of spring and summer flowers can be seen.

Fauna: It is possible that you may not see any animals on this run, although you may spot some on the lower slopes of Aragats. These include grey bear, wolf, fox, rabbit, jerboa, lizards, turtles and snakes, some types of mice, as well as many types of birds, insects and beetles. 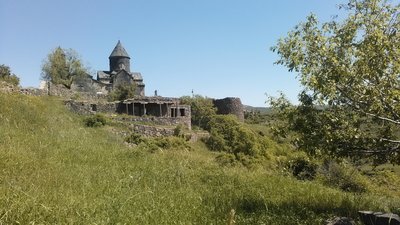 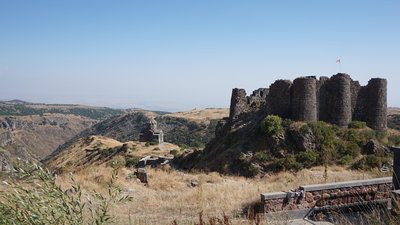 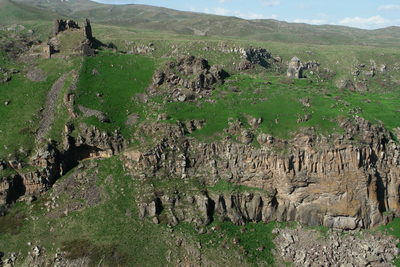 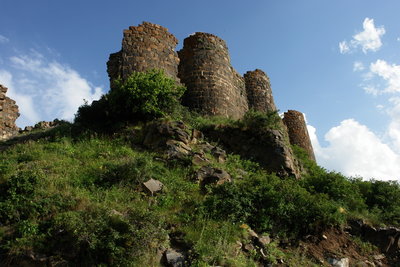 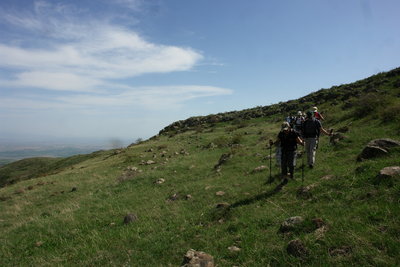 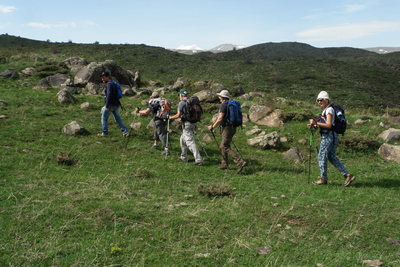