“A run from Tatev Monastary to the New and Old Harjis villages in the Syunik marz of Armenia. ”

Cell service (via VivaCell-MTS and U-Com) is available throughout the area, and the 911 emergency service operates throughout Armenia in case of any accidents. Watch out for bears and snakes, especially in the hotter summer months.

This run is located in the Syunik province. Departing from the Tatev Monastic Complex, it winds through the narrow streets of Tatev village and forest. From there, it descends to the Vorotan estuary and follows it through the canyon until it becomes a lake, where swimming is allowed. The best time to visit is from April to November.

Bottled water can be purchased in Tatev.

This run is located in the Syunik province. In order to reach Tatev from Yerevan, the most convenient option is to take a taxi. This will cost around 25,500 AMD. It is advisable to take a taxi with a working meter (be sure the driver uses it) or agree on a price beforehand.

There are also buses to the nearby city, Goris, which leave from Yerevan’s Kilikia Bus Station. From there use a local taxi to get to Tatev. The whole journey should cost around 15,000 AMD.

Departing from the Tatev Monastic Complex, runners will wind through the narrow streets of Tatev village and forest. From there, the trail descends to the Vorotan estuary and follows it through the canyon until it becomes a lake, where swimming is allowed.

Old Harjis village is located 3.5 km above the canyon, with its old roads and an ancient stone bridge built high on the mountains to the left. Inhabitants of the village tell stories of pilgrims and traders that journeyed on these roads long ago.

While following the canyon’s path to New Harjis, this unique trail treats runners to stunning natural beauty and the forgotten village of Old Harjis. The village is full of ruins and the abandoned walls are sprouting weeds and the roofs covered in a thick layer of grass. Cliffs to the east and the Vorotan River to the south enclose the area.

There are a number of other highly recommended trails around the Syunik province. There are B&Bs and other forms of accommodation in Tatev, ideal for planning longer stays and experiencing the area in more depth. Staying in the guesthouse located behind St. Minas Church, in the center of Tatev village, is recommend to enjoy the marvelous scenery of Mount Aramazd and the Bargushat Mountain Chain.

En route to the trail there are also some other important sights such as Noravank Monastery in Yeghegnadzor, Zorats Karer in Sisian, the Tatev Ropeway in Halidzor/Tatev, and the Devil’s Bridge at the bottom of the Vorotan gorge.

Flora: The river’s melody, rustling leaves, starry sky, intoxicating scent of plants and other sounds of nature will definitely leave an unforgettable impression of this place. The trail crosses through oak and hornbeam forests, where hawthorn, brier, wild pear, wild apple, maple and elm trees also grow. The Vorotan River, the largest river of the Zangezur region, flows through the Harjis Canyon. The vast Vorotan Canyon is quite well-known in the Caucasus, with a depth of almost 800 m. The “Sosi and Zangezur” and “Shikahogh” reserves are also in this region. Within them are a number of other valuable and unique species, such as Greek walnut, Araks oak, Greek Silk vine, and velvety spindle tree. A number of species of fir grow near Harjis.

Fauna: Brown bears, wolves, foxes, porcupines, moles, seven species of lizards, eight species of snakes, and two species of turtles are often seen in the area. Lizards, cat snakes and Transcaucasian snakes are uncommon but not unheard of 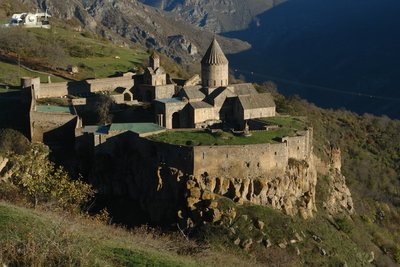 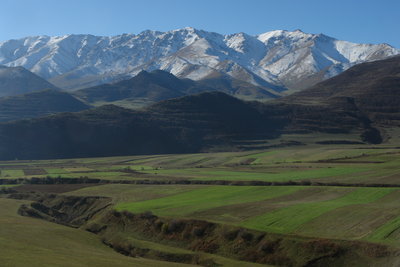 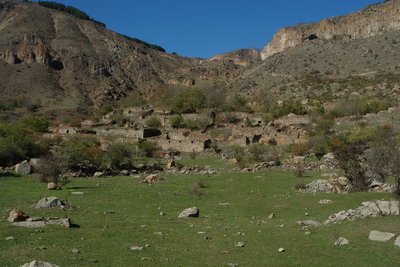 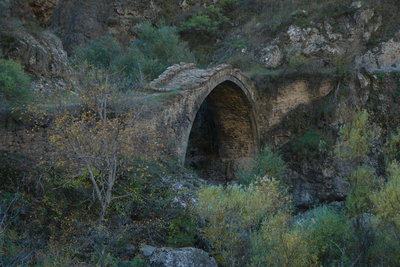 Shinuhayr, Not set (Republic of Armenia)