“A section of the MST along Falls Lake. The boardwalk by Little Lick Creek Bridge is the main highlight. ”

Most of this section of the MST is in gamelands—the rare hunter in orange blaze might be seen depending on the time of year. There is one short stretch where the trail is very close to the boundary with private housing (around the section with the graveled road)—take note of the warning signs and respect the trail boundaries. These are clearly marked with brown signs.

This is a tranquil section of Falls Lake Trail (MST) that offers scenic views of the lake. The odd fisherman might be seen by Little Lick Creek bridge. The highlight of this run has to be the boardwalk. Pausing on the bench by the boardwalk and bridge to take in the lake views and watching the odd heron is a real treat.

In times of lots of rain, or when the lake level is very high, the boardwalk can be under water. If you are coming down the trail and see that the trail is flooded by the lake, chances are that the left turn on the MST will also be flooded about a mile in. As of November 2017, the lake is extremely low to non-existent in places.

After a short while, ignore the white blaze to turn left onto the MST but continue straight on to follow the MST towards a long boardwalk across the lake and towards a bridge known as Little Lick Creek bridge. There is a small bench just before the bridge crossing. Cross over the bridge and head straight on as though following the power easement area, but before making any headway, a white blaze off to the left into the woods marks the continuation of the MST.

The trail has recently been rerouted closer towards the boundary line with a stables and a house before joining back up with the original trail. It then continues along the old trail before coming out onto a clearing and then another short section is on a new reroute before rejoining with the original path. To be honest, at this point runners will probably hardly notice they are on a new section of trail!

Continue along the trail before reaching a couple of houses on the right above the path before the trail turns right sharply inland down some steep steps. There is a nice uninterrupted view of the lake here. The trail is high up above the shoreline as it gently climbs upwards. A convenient turnaround point is reached at the gamelands/state park boundary by a wide track crossing. Then simply retrace your steps back to the start.

Note: The MST Trail can be continued to enter the state park of Falls Lake Recreation Area itself all the way to Rolling View Marina.

The odd deer. Lots of beech trees early on the trail as well as pine trees later on. 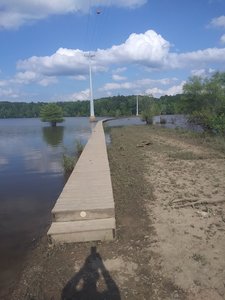 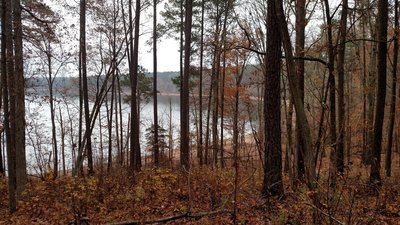 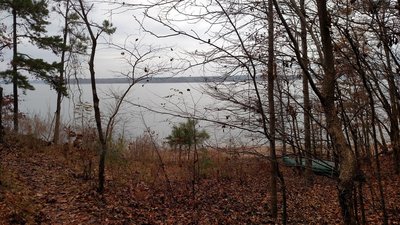 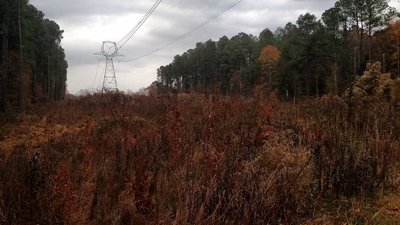 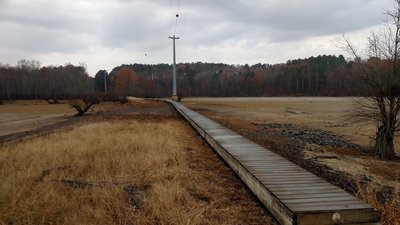 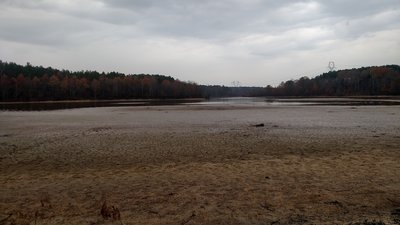 All Clear 8 days ago See History