“A nice run to the most prominent and iconic feature in the Soda Mountain Wilderness. ”

The area around the rock itself is closed from February 1st to July 30th to protect peregrine falcon nesting areas.

At 5,910 feet, Pilot Rock stands out as one of the most uniquely shaped, and prominent, land features in the Siskiyou Mountains southeast of Ashland, Oregon. It has been known by that name since pioneer days, when travelers crossing the Siskiyou Pass between Oregon and California used it as a guide. The run to the base of the rock is easy and fun, with views up across the Shasta Valley to Mount Shasta. For those comfortable on steep, but solid rock, a scramble to Pilot's summit will provide 360-degree views for miles around.

The trailhead is usually accessible year-round but may be closed by snow between November and May. In winter, the trails and roads around the rock are popular with snowshoers.

The Pilot Rock Trail now begins at a trailhead in a large parking area (an old quarry) on BLM Road 40-2E-33, two miles from old Highway 99. There is a pit toilet at this trailhead but no water. The signed trail starts behind a boulder and follows up what was an old road but which has now been re-built as a trail.

In about 0.8 miles, you'll intersect the Pacific Crest Trail (PCT) at its junction with the Lone Pilot Trail, which heads off to the south. Turn left (east) here and follow the PCT for about 300 yards until you reach the well-signed trail junction for the continuation of the Pilot Rock Trail, which goes uphill from here (the PCT bears off to the left). From the junction with the PCT, it's a fairly steep 0.75 mile run to the base of Pilot Rock.

In 2014, the eroding old use trail to the base of Pilot Rock was turned into a well-graded and stable trail with switchbacks. Follow the new re-routed switchbacking trail to prevent further erosion; if you're unsure which path to follow, please refer to the Trail Run Project mobile app.

The OPTIONAL climb to the top of Pilot Rock is not hard for those comfortable on high 3rd class rock. But scrambling ability, care, and dexterity are required. This climb should only be attempted when the rock is dry - basalt is notoriously slick when wet. The climb starts straight up a wide chimney past a large chockstone - this is the crux. Go up, do not be lured out on to the wide ledge running south. After passing the chockstone, the route becomes less steep and you follow the sweep of basalt on good handholds and footholds to the top.

The Takelma called it Tan-ts'at-seniptha, "Stone Standing Up." In 1841, U.S. Navy Lt. Charles Wilkes named it Emmons Peak after Lt. George E. Emmons; they were part of the U.S. Exploring Expedition that passed through the area during its circumnavigation of the globe between 1838 and 1842. In the 1850s it became known as Pilot Peak when it was welcomed as a landmark by weary migrants on the Applegate Trail. Today it is clearly visible from Interstate-5 in both directions.

The area with Pilot Rock was added to the Soda Mountain Wilderness in 2009. 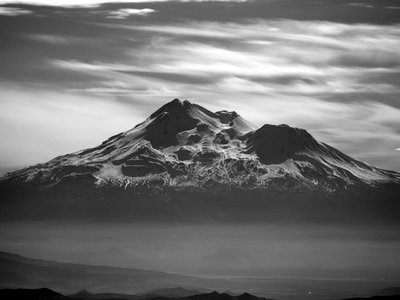 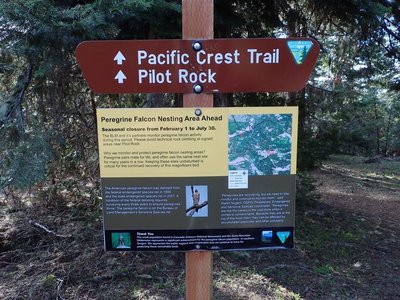 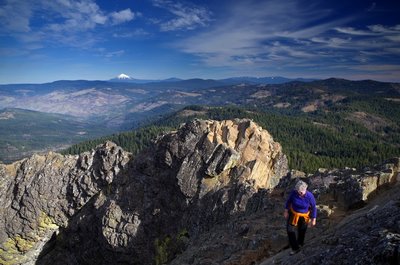 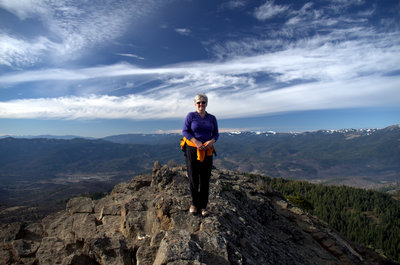 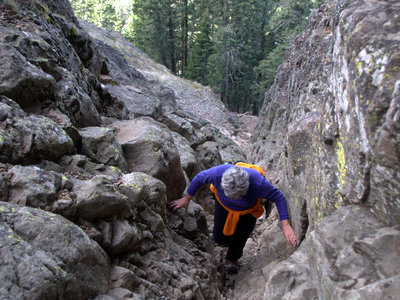 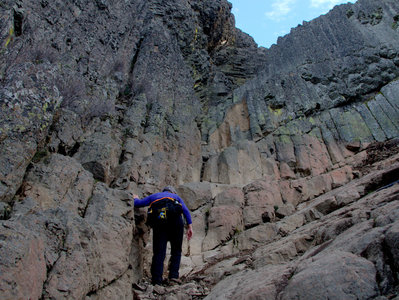