“A short trail to big views out over the Soda Mountain Wilderness. ”

This trail enters the Soda Mountain Wilderness and the usual federal wilderness area regulations and restrictions apply here. Maximum group size is 10. Practice Leave No Trace (LNT) backcountry skills and ethics. Camp 100 feet from fragile areas; bury human waste at least 200 feet from water, trails, and campsites. This trail is usually closed by snow between November and May. If the road to the trailhead is open, this makes a great snowshoe run on a clear, sunny winter's day.

To reach the trailhead, go east from Ashland, Oregon on Highway 66 for about 14 miles to near Greensprings Summit and take a right on Tyler Creek Road. After about a mile, make a left on to Baldy Creek Road and follow it the ridge where a gap opens to the left. There should be a sign here saying the road is closed further ahead.

Park here (room for 3-4 vehicles but no amenities) and run east across the Pacific Crest Trail (there are signs here for it) and continue on heading eastward and slightly uphill along what was obviously once an old road. The old road meanders around a gentle slope and through the forested headwaters of the Dutch Oven Creek drainage. After about 1.8 miles, the old road ends and from there you follow an obvious (well-used) use trail southeast for about a quarter mile to the famous rocky outcrop known as Boccard Point.

The near-panoramic views from the Point offers glimpses of three mountain ranges. To the southwest rise the ancient Klamaths adjacent to Mount Shasta. To the west is Pilot Rock, the Siskiyous, and Mount Ashland (look for the white radar dome on its summit), and to the north continue the Cascades. Spread-out below you is the Soda Mountain Wilderness, and there are few places other than here to catch a good glimpse of its remote drainages.

In the spring, wildflowers emerge all along the old road/trail out to the point. At the point, a plethora of flowers press their stems and petals out from the rock, giving it some color. Also in the spring you can hear a lot of birds enjoying a short detour from the nearby Klamath flyway—everything from rock wrens to hermit warblers to lazuli buntings. 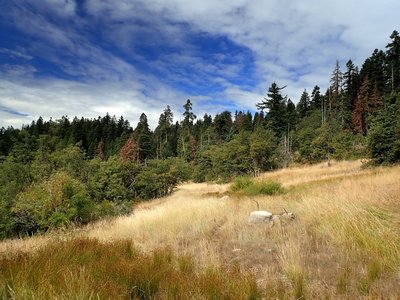 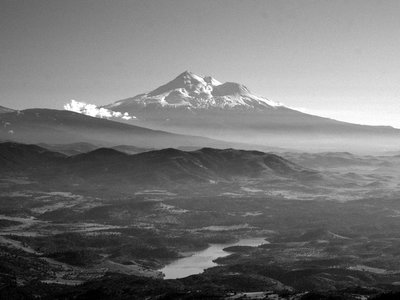 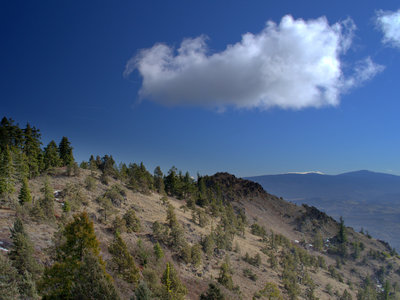 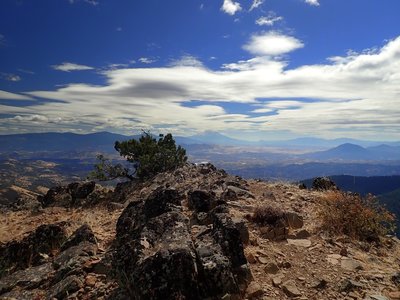 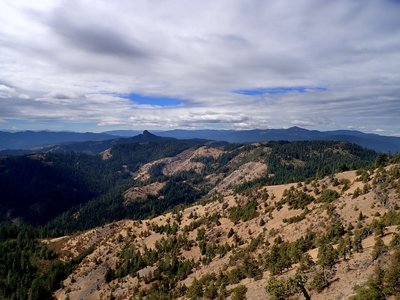 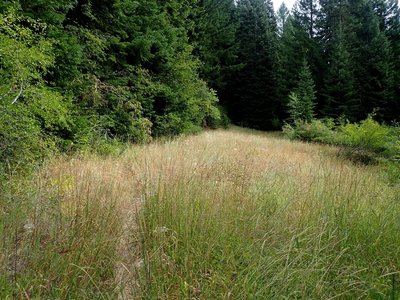