“A loop run that summits five peaks along the Flattop ridge. ”

There is currently no fee to park at the Rabbit Lake Trailhead, but check the signage as this may change.

This loop starts from the Rabbit Creek Trailhead area and summits Flattop, Peak 2, Peak 3, Flaketop false peak, and Ptarmigan before dropping down and returning via the Rabbit Lake Trail.

Ptarmigan Peak is #92 out of the 120 Chugach State Park Peaks as listed on Peakbagger.com and is the first true summit on the Flattop ridge line at 4,910'. It is infamously known in the area for taking several lives, all (most?) of which occurred on mountaineering routes to the summit. The route shown here is fairly straightforward and small cairns mark the trail up to Ptarmigan Peak.

This route starts at the Backside Flattop Trailhead off of Canyon Road, which has gone through several improvements between 2015 and 2017 to reduce erosion. There are now posted signs along the switchback trail, which helps alleviate any confusion as the trail forks several times and can take you up to Peak 2 or Peak 3 directly.

Following the Backside Flattop Trail, you'll first summit Flattop. Then you'll turn around and head back down the saddle and follow the ridge across Peak 2, Peak 3, and Flaketop's false peak, before dropping down to Ptarmigan Pass.

At the base of the west approach to Ptarmigan Peak, you'll notice a human trail that leads you up the west ridge. At about 4,400', the trail heads toward the south face of the peak, which is marked by small cairns. And after a few hundred feet of traversing, you'll notice a faint trail leading up to the summit.

The descent follows the same route you took coming up Ptarmigan Peak down to the pass, and from the pass you can continue down the trail-less tundra slopes down to Rabbit Lake Trail. Heading west on the trail brings you back to the trailhead.

This run has a black diamond rating due to its grade and potential route-finding towards the top of Ptarmigan Peak. 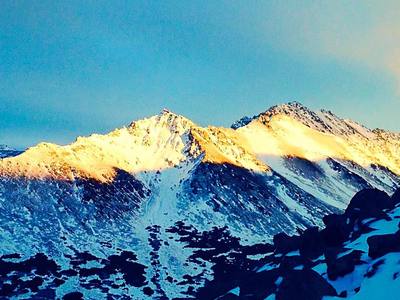 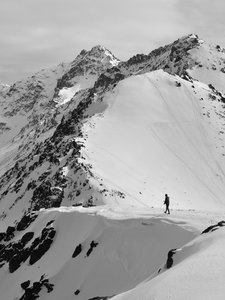 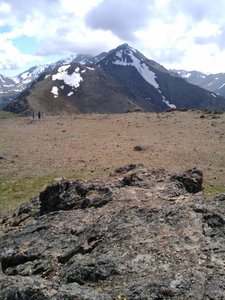