“A 1 to 2 night loop, primarily along the AT, with plentiful vistas. ” This could be done as a two night trip by camping at Albert Mountain (5.5 miles) or Beatty Creek Gap (7.7 miles) on night 1, then Standing Indian Mountain on night 2. Alternatively, this can be done as a single-niter by staying New Carter Gap Shelter ( around 12.2 miles). Both options are assuming the route is done clockwise, but counterclockwise would work fine, taking a north-bound route on the AT.

This loop travels around the southern portion of the Nanatahala National Forest, tracing the basin from which the same-named river originates. The trail is a popular one with backpackers, as it can be tailored to fit different lengths depending on the trail used to connect to the AT, and there are several 5,000+ foot peaks that give tremendous views into the surrounding countryside.

I began the loop on the Long Branch Trail from the Standing Indian Backcountry information station. The trail winds up for about 1.75 miles before connecting to the AT. Turning up, you pass along rhododendron tunnels and deciduous forests until reaching Albert Mountain, about 5.5 miles from the trailhead. This can be a good place to camp for the night, but you need to go farther if you plan to complete this as an overnighter.

FYI, water on Albert Mountain is scarce so prepare accordingly. Atop Albert Mountain is a fire tower with 360 degree views. The southern side of Albert is much steeper and the trail continues on to Betty Creek Gap. There are several pleasant camping sites there, and the creek should provide a reliable water. This looked to be a fine camping spot at about 7.7 miles from the trailhead (clockwise), however, I continued on and camped at New Carter Gap Shelter. At this stop, there are camp sites, fire pits, a shelter, and water source.

Day 2 consisted of pushing shortly to Standing Indian, but much of this section is along ridges or keeping flat along the same elevation, so it didn't seem as much. Water was plentiful at the shelters or even a couple creek crossings, so don't worry about your water levels. The route is pleasant, and this is probably the quietest portion of the trail (as it is farthest from other access points).

The final section to Standing Indian isn't very steep either, which helps make this direction a better option, in my opinion. Camping on Standing Indian, there are a few spots right at the top with beautiful views across the mountains to the south. As noted elsewhere, these tend to fill up quickly; I arrived around noon, and half of these were already taken. At the least, it is a fantastic place to relax and have lunch. Ideally, you could find a camp spot and get great sunsets over the Blue Ridges.

To wrap up the loop, I chose to descend the Lower Ridge Trail (about 4.0 miles) which is marked with Blue Blazes, rather than Kimsey Creek Trail. The Lower Ridge Trail begins at the Standing Indian overlook trail junction. This trail ends at the campground, and its simple to follow the pavement back to the Backcountry Information Station. 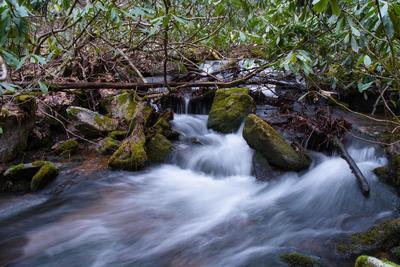 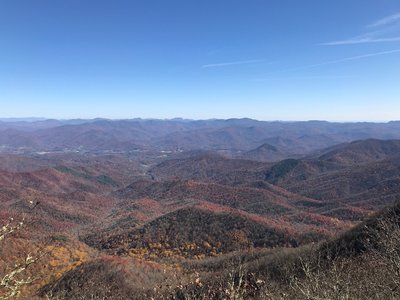 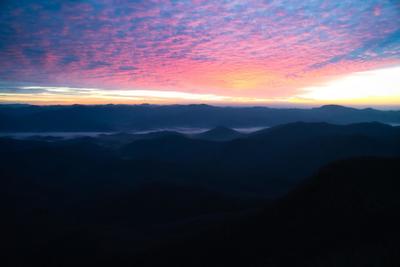 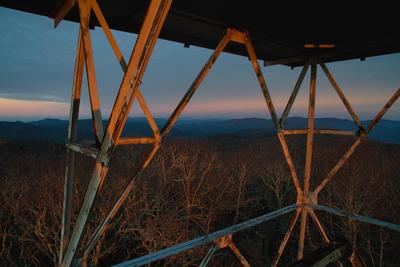 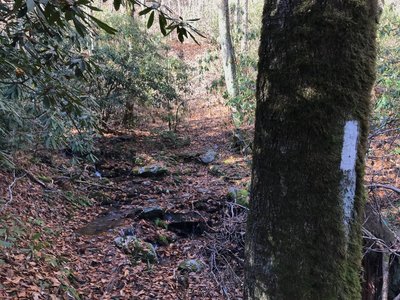 Shadows of the South 20 mile Race