This combination of trails is a bit over 10 km. It is pretty flat and takes you through the SE part of the park, which tends to be much less crowded than any other place in the park. It is mostly frequented by people on horseback or MTB'ers. There are some wash crossings and some of the trail is sandy, but nothing that would even require gaiters most of the year. The Channel Trail is full of water after rainstorms, and you can substitute the parallel and upper Levee Trail if that is the case.

It is $7 to enter the park and park where I began this run. Alternatively, you can park on the SW of the park and begin/end the run at the gate near the Channel Trail and Levee Trail intersection and just pay $2 as a "walk-in".

There is not much shade and in the summer, so it gets HOT out here. Carry plenty of water.

I start and end this run at the "Area 10" trailhead because parking is usually pretty simple, and they've got a restroom (not a port-o-john). Head south and then west (right) on the Blevins Trail, following that until it joins with the Moon Rock Trail the second time. From there, make a right onto Moon Rock Trail and follow it a bit until you meet up with the Levee Trail and head south until that meets up with the Channel Trail (or stay on the Levee Trail if Channel Trail is wet/muddy/full of water).

This is a pretty easy run across the width of the park. When you meet up with the Spillway Trail , head left onto that and run until the first branch, which will be the Ruidoso Trail on the right. This trail will wind around the eastern side of the park, and you may even see planes flying around from the nearby model plane airfield.

Continue on this trail (again, mostly flat desert trails with a few easy wash crossings) until it meets the County Line Trail and head north (left). This will be mostly flat with a bit of uphill grade until it meets with the Meridian Trail. This trail is a bit more on the rocky side than the previous trails, but not too bad.

Once the Meridian Trail joins with the Blevins Trail, take the right fork and follow that back to the Area 10 Trailhead spur you came in on. There is a parking area with port-o-johns about 2km from the start —good to know in case you can't make it back to the beginning!

There is a popular model airplane airfield in the SE corne,r and planes are frequently visible on the Ruidoso Trail. Interestingly, "ruidoso" means "noisy" in Spanish... I'm not sure whether that was named because of the airfield or if that is merely coincidental, but when there are a bunch of planes, it sounds like a swarm of bees! 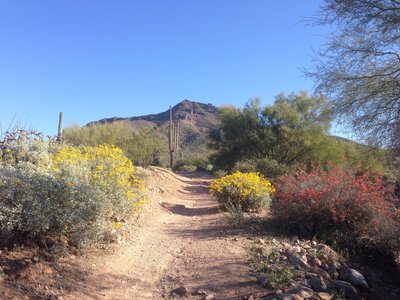 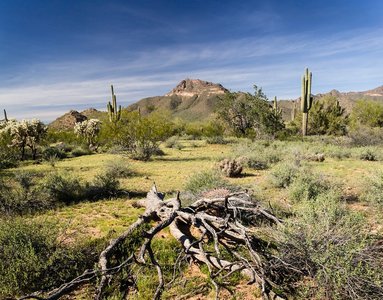 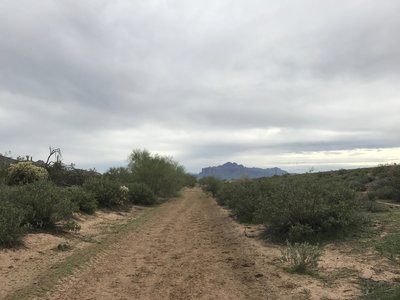 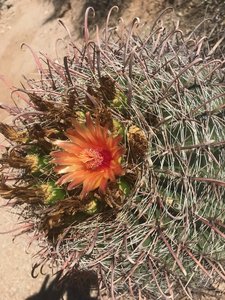 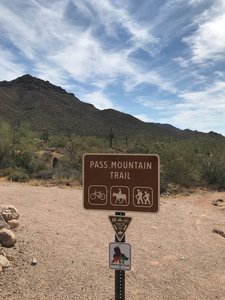