Angelus Hut requires pre-booking for both bunks in the hut and campsites next to the lake during summer (Nov-April).

The Robert Ridge Route is the most scenic fine-weather route to Lake Angelus/Angelus Hut. The route provides views across the northern end of Nelson Lakes Nationa Park. In poor weather, it is not advised to use this route given the wind speeds it often experiences, the lack of shelter on the route, as well as potential difficulty navigating. A more sheltered way to get to/return from Lake Angelus/Angelus Hut to St Arnaud is via the Speargrass Track. This track can also be used to make a loop instead of an out and back trip.

There is no water along the track/route so remember to carry your own. Be prepared for snow and ice during winter and spring. Robert Ridge is very exposed and is subject to high winds and poor visibility at any time of year.

Angelus Hut and nearby campsites require bookings in summer (November to April).

Robert Ridge Route via Pinchgut Track - 12.2 km, 6 hr
Robert Ridge is highly exposed to wind and rain. High winds have blown people off their feet - turn back if you have to.

From Mt. Robert carpark, a steep zig-zag track (the Pinchgut Track) climbs up to the junction with Paddys Track (Bushline Hut 30 minutes from the junction). The Pinchgut Track ends and the route along the ridge is marked with poles. The route follows a broad ridge to Julius Summit (1794 m). From here the route has some sharp and rocky sections. Care must be taken here in icy or winter conditions as accidents have occurred on this section with those not properly equipped and experienced. Continue past the junction with the Speargrass Creek Route (30 minutes from Angelus Hut) onto the ridge overlooking Angelus Basin. Follow the poles down to the lake and hut.

Rocky outcrops require a lot of scrambling - good footwear and balance are needed.

There is no water along the track/route so remember to carry your own. Be prepared for snow and ice during winter and spring. Robert Ridge is very exposed and is subject to high winds and poor visibility at any time of year.

High on the ranges between Lakes Rotoiti and Rotoroa in Nelson Lakes National Park is Rotomaninitua/
Lake Angelus. It is really a large alpine pond or tarn – a legacy of recent ice advances and typical of the many tarns in the park. During successive major ice advances, which ended about 10,000 years ago, glaciers and permanent snowfields covered much of the Southern Alps/Kā Tiritiri o te Moana. Erosion by ice has left its characteristic mark: steep valley walls, bluff-ringed side creeks, sharp ridges and peaks and round, lake-filled basins.
The first recorded person to scramble along Robert Ridge was Julius von Haast in 1860, but it is unlikely he was the first. The lake was previously known as Rangimārie (a Māori name given by a European meaning 'peaceful'). Later, a group climbing the obvious peak to the south named the peak, and by association, the lake 'Angelus' after a devotional prayer. 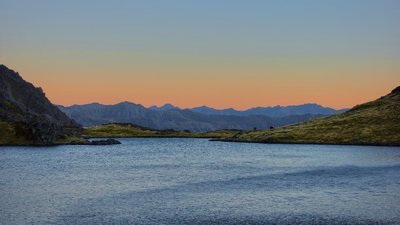 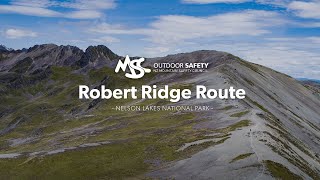 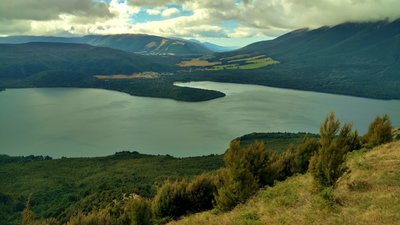 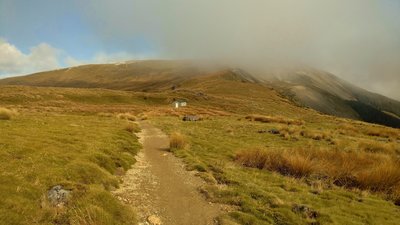 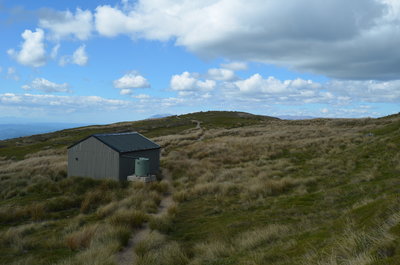