NF-4697 to Elk Lake is rough and rocky but passable with decent clearance. It will likely be snowed-in until spring.

This route is fairly steep but offers rewarding views along most of the route. On a clear day you'll be able to see the coastal range, St. Helens, Rainier, Adams, Hood, Three Finger Jack, Mt Washington, the Sisters, Diamond Peak, and of course spectacular views of Jefferson.

Although NF-4697 technically ends at the Battle Axe Tie and Bagby Trail #544 intersection, there isn't much room to turnaround or park after NF-390 so it's best to park along the road here (and this route is mapped to reflect this). There is room for a few cars along the edge of the road, or else you can find other pull offs or even park down at the Elk Lake campground.

Start running up the road to the Battle Axe Tie trail which is heavily eroded with ruts 2-3 feet deep in parts from a stream of water that flows straight down it. There are a few great views of Jefferson along this route. At the Beachie Saddle you can find the beginning of Battle Ax Mountain Trail #3340 to the north.

(Note: if you want a longer run you could take Beachie Trail #3341 to the 5,185' west summit of Mount Beachie for some nice views of Battle Ax and Jefferson which would add about 3 miles and 1,000 feet EG to the run. This trail is overgrown and under-utilized though.)

The route up Battle Ax Mountain Trail #3340 is steep, rocky, and wide open. The slope doesn't let up the entire way to the summit. The open trail means you'll have views that get better and better with every switchback, but also means it will be hot and sunny so bring plenty of water and sunscreen. The summit is open and long so there is plenty of space to hangout and even a few camping spots. You'll have views of every major volcano from Rainier to Diamond Peak.

At the north end of the summit the trail begins some very steep swithcbacks down before straightening out for about a mile north. There it ends at the Bagby Trail #544. Take this trail south along a comparatively flat section that passes through many large scree fields. There is relatively little shade before you hit the last switchbacks on Bagby Trail #544 that drop back down to the Battle Axe Tie trail. Return down the road to your vehicle.

Battle Ax Mountain is 5,568 feet high and once hosted a fire tower.

in Bull of the Woods Wilderness

in Bull of the Woods Wild… 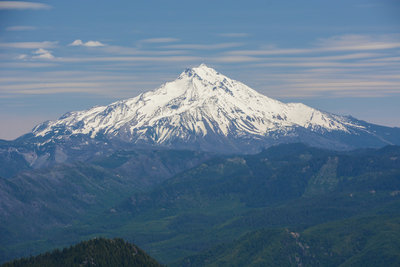 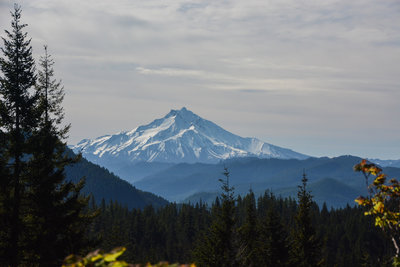 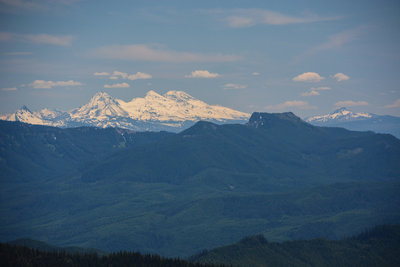 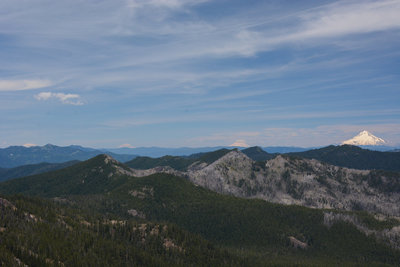 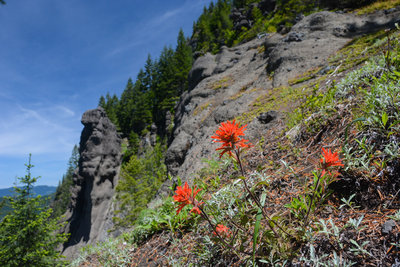 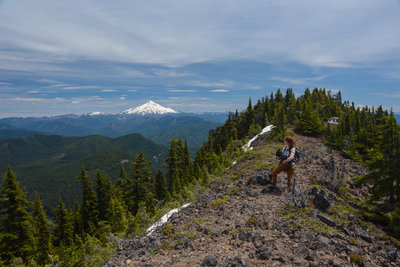 Bull of the Woods Lookout

Bear Point Out and Back

Pup Creek Falls Out and Back